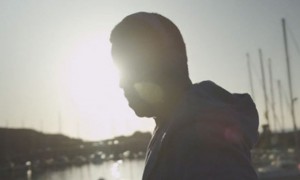 McMorrow has unveiled a beautiful new video for ‘Gold’ via Noisey, the latest track to be lifted from his critically-acclaimed second album ‘Post Tropical’ released in January this year. James has since completed a sold-out Irish and European tour (including three nights at National Concert Hall and London show at the Barbican) made Album of the Week at Radio One and 6Music in the UK and confirmed festival plans at the likes of Longitude, Latitude and Coachella. James returned to Australia this month for two headline dates at Sydney Opera House, where he also performed an acclaimed cover of Lana Del Rey’s ‘West Coast’ in session on Triple J.

James Vincent McMorrow’s new video for ‘Gold’ follows a day in the life of a man devoted to rolling.  From sun up to sun down, under bridges, through tunnels, down hills and across stunning landscapes – a man dedicates his days to roller-skating. A passion he’s developed over decades, a dance he’s perfected through perseverance

Describing the clip, written, directed and produced by Emma J. Doyle and Cory Philpott, McMorrow says: “’I was out running in Melbourne the day before the album came out. Right in front of the Melbourne museum you get a lot of roller bladers and skaters. In the midst of all that was this one guy roller-skating: he was distinctly older and much more to himself than all the others. He looked totally lost in what he was listening to, and was choreographing this song that no one else could hear. It was serene and beautiful – I loved the idea of it. When it came time to make a video for ‘Gold‘, the first thing I thought of was that idea of someone alone, immersing themselves in a world no one else could hear, but any passers-by could see.'”

‘Gold’ is the latest song to be lifted from ‘Post Tropical’, the follow-up to McMorrow’s acclaimed debut album, ‘Early in the Morning’ – which went platinum, reached number 1 in Ireland and picked up a Choice Music Prize nomination upon its release in 2010. Taking stronger inspiration from the hip-hop and R&B productions that inspired him growing up, ‘Post Tropical’ is an entirely different beast. The album was constructed over eight months, but recorded in just three weeks on a pecan farm half a mile from the Mexican border (which the likes of Yeah Yeah Yeahs, Beach House and Animal Collective have all called home). What emerged was ‘Post Tropical’ – complete with the paradoxical, ‘wish-you-were-here postcard’ artwork (juxtaposing a palm tree with a polar pear). “It’s so exhausting trying to keep up with styles of music that pop up one week, and disappear the next,” says James. “For me, ‘Post Tropical’ evokes a style of music without you having a clue what it sounds like. It’s warm and familiar, but there’s something there that’s maybe not quite what you think it is. I just wanted to make the most beautiful thing I could imagine.”