If you’re looking for music that’s emotionally engaging, texturally lush, loaded with detail, adventurous in spirit and melodically rich, then Jape are worthy of your time.’ Drowned in Sound 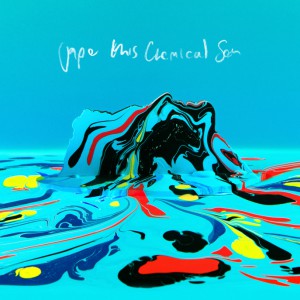 ‘The strong hooks bring you in and the downbeat material creeps up on you.’ The 405

Revered by critics and fans alike in their native Ireland, Jape is the only act to have received the Meteor Choice Award for best Irish album twice: for their third album ‘Ritual’ (2008) and their last full length effort ‘Ocean of Frequency’ (2011).

On this LP, Jape have tangibly honed their sound, and written what the band calls ‘the first album which has a uniquely ‘Jape’ sound from start to finish, a type of gothic pop with lyrics of unusual depth.’ The record combines the mindset of genre-bending music that the band have always been admired for with a strict adherence to a pop format. It incorporates a nod to some of Egan’s biggest experimental influences (Voices from the Lake, Raymond Scott, The Microphones), but never veers away from placing the songs firmly within the frame of the pop genre.

The hooks throughout the LP are strong and resonate above the bouncing keyboards, particularly on the record’s lead single ‘The Heart’s Desire’. The Peaking Lights remix of the track, which premiered on The Line of Best Fit and received coveted airplay on Huw Stephens’ show, takes the song’s irresistible melodies and lets them flow for seven minutes, highlighting the band’s talent for penning an irresistable chorus.

The record’s strengths are enhanced by the skilful mix of David Wrench, who has worked with the likes of FKA Twigs, Caribou, and Jungle. The powerful melodies are nurtured, but never at the expense of the stunning instrumentation on tracks such as album opener ‘Seance of Light’, where the synthesisers shimmer and shine on a sea of deep electronic bass lines, along with other album highlights ‘Love on the Crest of a Wave’ and ‘Absolutely Animals’.

Following an extensive tour of Australia and Europe, Egan relocated to Malmo, Sweden in 2012, where he found a studio to write and record the majority of the new record. Egan explained his intention was to ‘make a coherent album that was a pure expression of my inner thoughts.’ Far from an insular process however, this was the first time somebody else was let in on the creative process. The tracks would be shared with fellow band member Glenn Keating for feedback, something Egan feels ‘was inspiring and helped me to push myself so much harder.’

Further adding to the collaborative aspect of the album, mercury prize nominated Villagers’ frontman Conor O’Brien features on the LP’s penultimate song ‘Ribbon Ribbon Ribbon’. However, regardless of outside influence, Egan also manages to demonstrate his penchant for taking inspiration from the personal, such as in the staggeringly beautiful final piano line of ‘Breath of Life’. This was written the same week his mother fell extremely ill, and its melody is something he believes reflects the ‘magical quality of music and its ability to induce memory’’.

As a man who has worked in many bands prior to, and alongside, Jape (The Redneck Manifesto, Villagers, David Kitt), Richie Egan has an impressive back catalogue of work, but ‘This Chemical Sea’ may well be considered his greatest achievement thus far. It is a compelling pop record with all the attributes of an album which will last well beyond its 2015