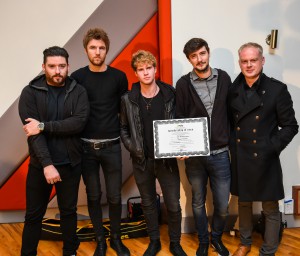 Jason has just been announced as the 10,000th member of the organisation which collects royalties for songwriters and music publishers for the public performance of their songs.

Kodaline were in studio recently recording tracks for their new album which follows on from their critically acclaimed hit album ‘In a Perfect World’.

As they head out later this month on a series of live dates across the USA playing to their ever growing American fanbase, 2015 is certainly shaping up to be a big year for the band.