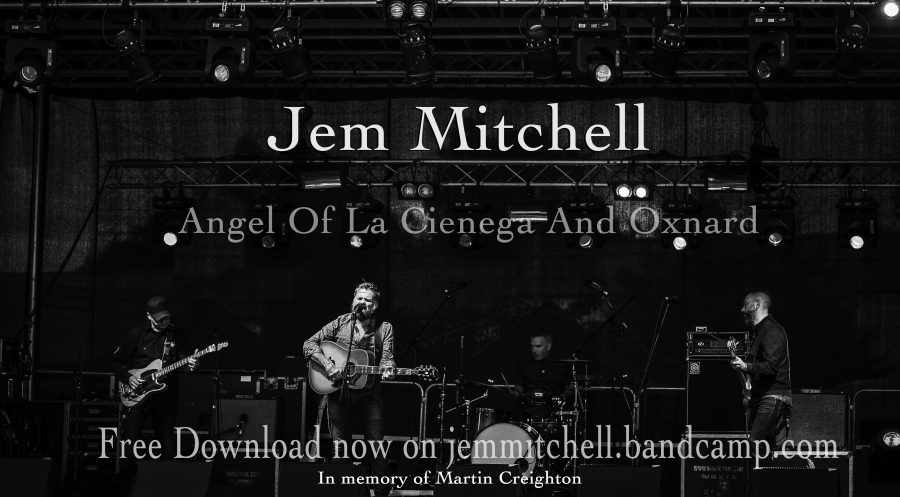 Jem Mitchell has just released the new single ‘Angel Of La Cienega And Oxnard’. The single is available now as a free download  from Bandcamp.

Jem Mitchell is a singer-songwriter from North Dublin. Having fronted numerous indie rock outfits during the late 80’s and early 90’s Mitchell has settled into a more sedate sound which has been described in the music press as Alt Country, a term Mitchell is not uncomfortable with. A key element in creating this sound is Mitchells’ collaboration with long time friend and guitar virtuoso Ken Browne. The bands line up is completed by the stalwart rhythm section of brothers Mark and John Colbert. Mitchell has recently been overheard to say that musically 2018 will be harder, faster and louder, a return to his indie rock roots perhaps.