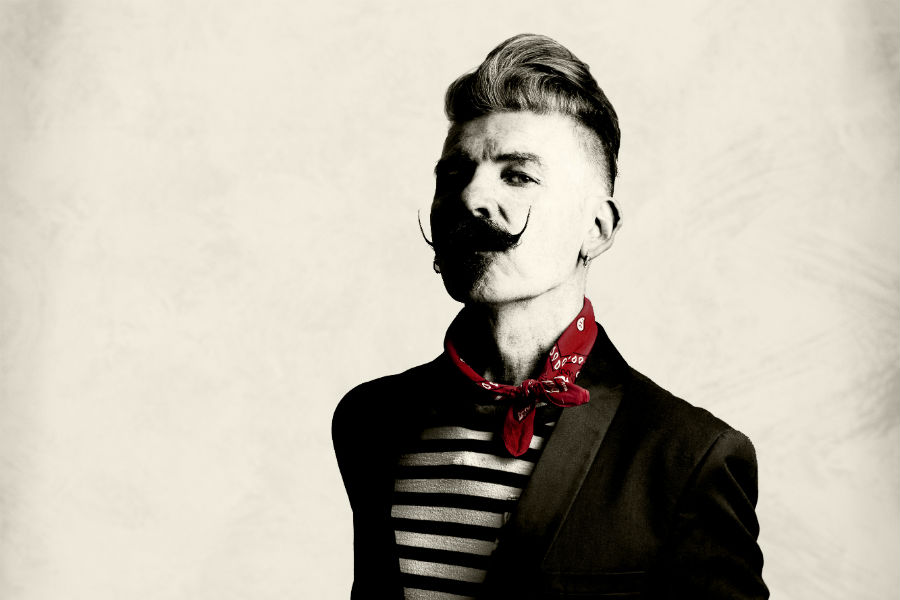 Jerry Fish is renowned as much for his showmanship as he is for his music. He’s a carnival creator, circus ringmaster – complete with Vaudeville moustache – a playwright, singer, songwriter and poet. Mr. Fish’s genre bending and idiosyncratic style of entertainment has made him a household name in Ireland, with two platinum-selling solo albums, an MTV Award and IRMA Music Award, and a solid reputation as a supreme and spectacular showman.

Spawned from his Electric Picnic shows which became so popular that they gave him his very own stage, “Wherever Jerry Fish goes, the circus is not far behind,” he says. “It’s a monster, but I love that whole fraternity. My motto is ‘unity through diversity’. In a circus, everyone mucks in.”

What a year 2019 has been for Jerry Fish, producing his very own colouring book with artist Mirjam Schiller, and bringing his Electric Sideshow to a brand-new family festival Kaleidoscope and once again to Electric Picnic, a ‘festival within a festival’ highlight at both.

Now the circus is leaving town and for the first time in quite a while Jerry is releasing brand new music. ‘True Love Will Find You In The End’ feat. Wallis Bird (a song by Daniel Johnston/arranged by Cian Boylan). Previously covered most famously by Beck, it’s now Jerry’s turn to put his singular stamp on this bittersweet ballad.

Jerry says, “I discovered Daniel Johnston many years ago as I was lucky to share festival bills with Nirvana with my band An Emotional Fish in the early 1990s. Kurt Cobain famously wore Daniel’s “Hi How Are You?” t-shirt which first brought him to fame. Daniel’s songs are so universally honest, I am blessed to have discovered such a unique artist and love to perform his songs at my theatre shows. I am also very lucky to have my friend and renowned composer Cian Boylan arrange these songs so beautifully.”

‘True Love Will Find You In The End’ will be on general release on November 1st 2019 and pre-sales of the single are available on iTunes from October 13th.

Jerry will include the song as part of his live set when The Jerry Fish Electric Sideshow launch Puca Festival to celebrate Oíche Shamhna at Trim Castle on October 31st.

Jerry is also very proud to announce that he will be opening an exhibition of Rasher’s new paintings “CHRYSALIS” which features a portrait of himself at The Dean in Dublin on November 7th. Art, music, performance: life is a carnival when Jerry Fish is involved!