JERRY FISH and The MUDBUG CLUB 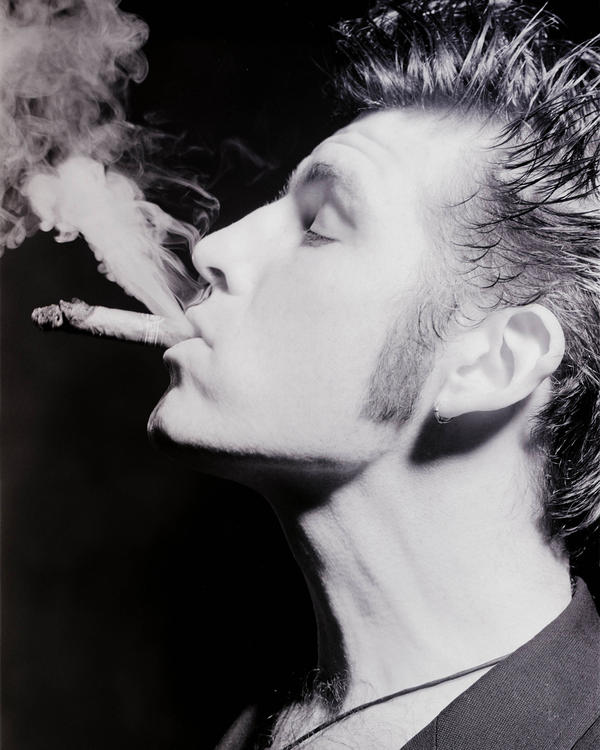 ‘The Hole In The Boat’ is a swampy seafood-fed shuffle with Ribot-like guitar and zombie cardship vocal from Mr. Fish. Jim Jarmusch would pawn his brothel creepers for the rights."
PETER MURPHY ~ HOT PRESS


New Single: "The Hole In The Boat"
The New Single from the album "The Beautiful Untrue", the follow-up to hit singles "Back to Before", "Dig, A Dog & Bone Story", & "Rogue Melody"
Available on The Mudbug Club Records and iTunes
www.jerry-fish.com ~ www.myspace.com/themudbugclub


The debut album from Jerry Fish & The Mudbug Club, Be Yourself, was described as "Leonard Cohen doing Dean Martin" and "an album that bucked the zeitgeist with so much enthusiasm you just had to love it." High praise indeed, for one of Ireland"s (by way of Brixton) most enigmatic songwriter/performers.
Watching Jerry Fish do his lounge-lizard turn onstage evokes the smoky ghosts of Tom Waits, Willy DeVille, Professor Longhair and Dr John. With his rolling band of troubadours, Jerry Fish weaves a strange, heady brew of barrio blues, juke-joint jazz, psychedelia, Tropicalia and whatever you"re having yourself.
Eager crowds have flocked to Fish"s traveling musical medicine show. The debut album reached multi-platinum status, with the single, True Friends, truly ingrained in the Irish hum-along psyche when it was featured on a Vodafone advertising campaign. The band played three consecutive nights at Glastonbury ("We were like the court jesters, it was fantastic") and turned a triumphant gig at the Spiegeltent into a best selling live album.
Already The Beautiful Untrue is garnering positive reaction, with The Irish Times saying: "The Beautiful Untrue builds imaginatively on The Mudbug Club"s debut album and Jerry"s Mudbug world of comic-cut theatre feels more attractive with each track…this record is guaranteed to put a smile on troubled faces."
"There have been massive changes in the music industry since I released Be Yourself," explains Jerry. "So you have to take all that in. This is the first album I've completed digitally. I became a sound engineer under the tutelage of Dick Meaney (The Jesus and Mary Chain, My Bloody Valentine) and Phil Hayes (The Cake Sale, Bell X1) I got to re-learn how to make a record. This is a one-man show. I am the record company, manager and artist."
Jerry Fish is the alter ego of singer Gerard Whelan who through the 1990"s was the main creative force in An Emotional Fish, the Irish rock band who released one of the most successful debut Irish albums ever. The band were signed to Atlantic Records by the labels legendary founder the late, great and much loved Ahmet Ertegun. "Ahmet really took us under his wing in the early days of An Emotional Fish, he brought the band to his holiday home in Turkey, and told me stories about Otis Reading and his band, Ray Charles, his brother Nesuhi, he was a great storyteller. Ahmet was a legend, and is one of the main reasons I still write songs and make music today."
Jerry made three albums with An Emotional Fish working alongside record producers, Dave Stewart, Tim
Palmer, Alan Moulder, and Clive Langer. The band toured the world many times, sharing stages with the likes of Nirvana, Sonic Youth, Iggy Pop, Depeche Mode, The Velvet Underground, Pearl Jam and U2. Playing such iconic venues as the El Mocambo in Toronto and CBGB"s in New York.
Once the band came to an end, Fish retreated from the rock scene and went back to an old hobby, tinkering around with old motorcycles. He also went traveling to "find himself" and ended up finding the love of his life. However, it wasn"t until the birth of his first child, that The Mudbug Club"s bandleader felt he had to follow his heart and return to the other thing he loves most in the world, music.
Spotlight