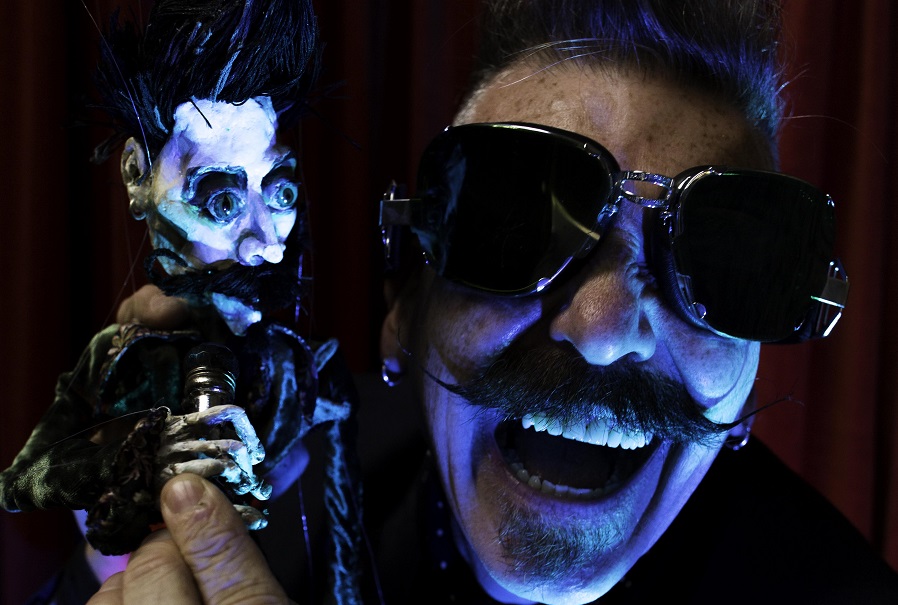 Jerry Fish is one of Ireland’s most enigmatic and entertaining performers. A constantly evolving artist who has always favoured innovation over orthodoxy. As ringmaster of exceptional renown with his wild and wondrous Electric Sideshow, Fish has evolved into a showman extraordinaire.

Now Jerry Fish is stepping into theatre to bring his “stranger than fiction” life story to the playhouse.

“Don’t forget to read between the lines, chew what I say and try not to swallow.”

Meet Jerry Fish, the descendant of pirates that once swung from the gallows on Misery Hill. Born-hard to a mermaiden mother, swaddled in a baggywrinkle by the Liffey and raised on the banks of the Thames. Chockablock full of vaudevillian fun and games, voyage to the artist’s ancestral self with never-before-told stories, half-truths, half-fictions and brand new songs.

Famous for his live entertainment and love of a good night out on the town. The Songs & Tall Tales of Jerry Fish is chock o block full of vaudevillian fun and games.

Part of The Dublin Fringe Festival 2017.