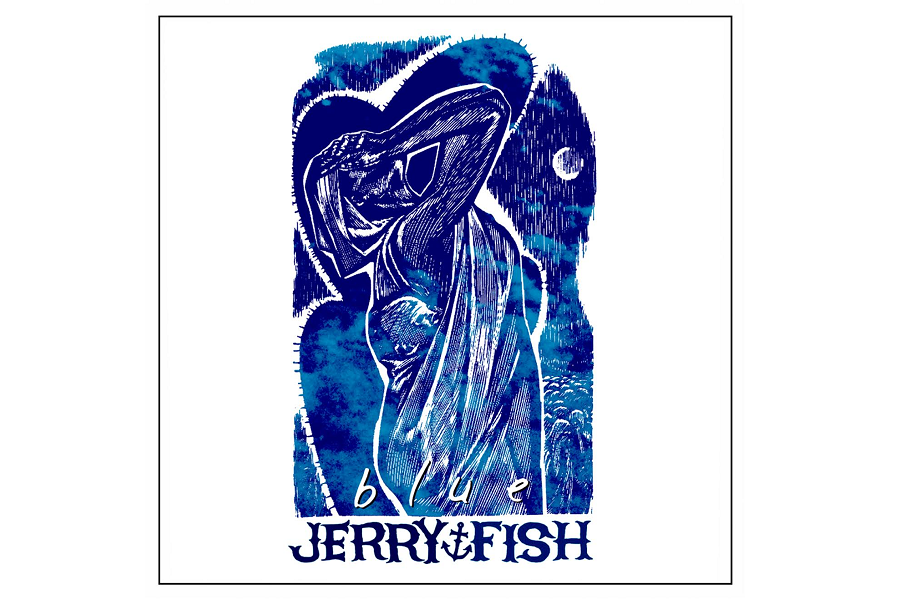 Created by the very talented film-makers Crooked Gentlemen, the film features a beguiling and balletic feather and aerial performance by The Jerry Fish Electric Sideshow’s beauté de cirque, Foxy P Cox. One of Jerry’s main circus performers from his stage of carnival wonder at Electric Picnic.

Moved by the passing of his dear friend and band-mate, Martin Murphy in January of this year, the drummer with whom he first rose to fame in An Emotional Fish.  Jerry reimagines“Blue” with a beautiful new string arrangement by pianist Cian Boylan and also features a mesmerising vocal contribution from May Kay (Fight Like Apes) and now co-presenter of the TV Series Other Voices.

Throughout the 1990’s Jerry Fish was the creative force of the alternative rock band An Emotional Fish. Since then Jerry has changed his skin many times and is recognised as a constantly evolving artist who has always favoured innovation over orthodoxy. Now in a mood that could be styled reflective revolution, Jerry with “Blue” is recapturing some of his beloved music that is no longer available to fans of The Fish.

“Blue” is a tribute to Martin, the band, and the music we made together”.