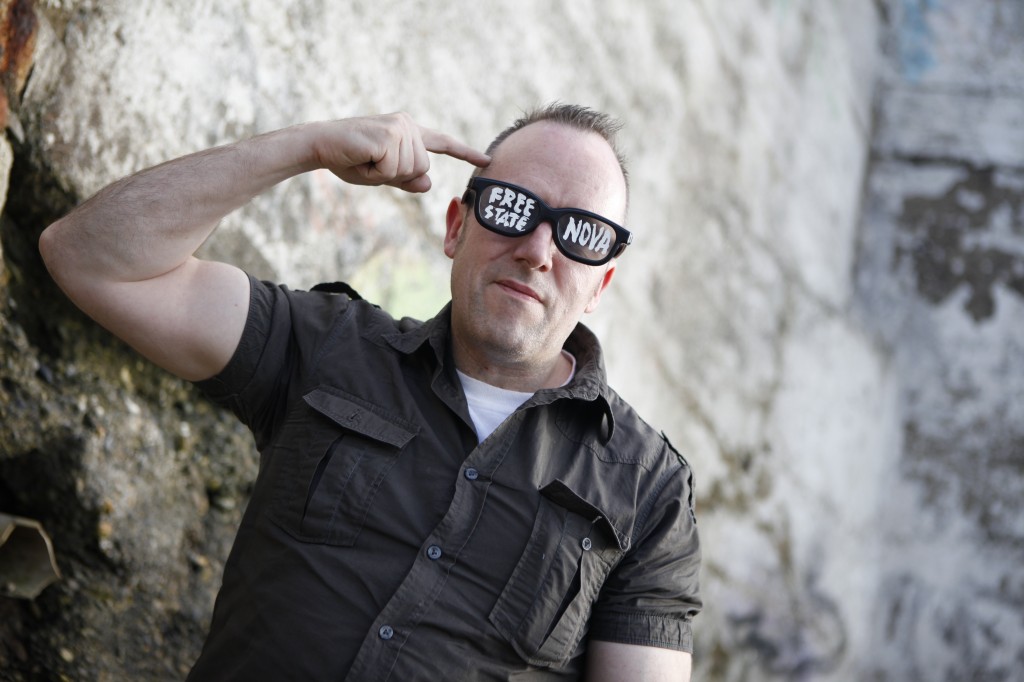 Being honest can get you into trouble. Being true to your vocation is a rare thing. Diplomacy? That’s fine for politicians at all levels, but when you have something to say about something that needs to be said, truth and honesty are the ways forward. Jinx Lennon knows this.

The County Louth songwriter and performer has for almost 20 years been at the forefront of a different kind of what you might term ‘singer-songwriter’. Whereas most of that breed gently cast a musical spell that has you wiping away a tear before, during and after the first chorus, Jinx will cause you to weep tears of outrage. Yet before you start to think that Jinx is all indignation and no humour, be aware that he never arrives at a point of exasperation without a wry smile or a barbed joke.

Changes are ahead, too. In 2011, Dundalk-based Jinx released the compilation album, Hungry Bastard Hibernia, but it has been a full six years since his previous studio work, National Cancer Strategy. This year, however, sees the release of not one but two records – Magic Bullets Of Madness To Uplift The Grief Magnets and Past Pupil Stay Sane. Why the long wait, and why two albums?

Life, of course, gets in the way sometimes (Jinx is now a proud but occasionally tired father of a bouncing baby), but in other creative areas things weren’t always working out. “The songs were treading the same ground,” he explains, “so it was diminishing returns. I was also getting into technology – basic technology, such as samplers – and trying to devise a new way of doing the live shows, yet for some reason the songs weren’t coming as quickly as they had been.”

In 2014, a collaboration with cult Liverpool band, Clinic, provided what Jinx describes as “a jump-start to fresh material”; similarly, whilst playing some shows in America, wary of how temperamental electronic equipment can be, Jinx picked up the less moody acoustic guitar again. It was at this point that he once more realised how crucial analogue instrumentation can be to the essence of a song. “As far as I was concerned it was a new lease of life, full speed ahead.”

Not only that, he says, but what had been absent was now rediscovered. “It was very cathartic, very healing, in a way. There was something I could do with the songs that I hadn’t been able to do for a while. The thing with electronic instruments is that as you’re playing them on stage you look as if you’re in your own world, whereas with a guitar you’re one on one with the audience – they can actually see you channelling what you’re doing. That was something I had forgotten about.”

The result of such worthwhile discoveries can be located on Magic Bullets Of Madness To Uplift The Grief Magnets and Past Pupil Stay Sane. Jinx completed the latter (which clocks in at over one hour, and features instinctive support from vocalist Sophie Coyle and producer/engineer Marc Auberle) in February 2016, with work on the former (at almost 35 minutes, it features sonic aid from Clinic’s Ade Blackburn and Jonathan Hartley) concluding shortly after. To paraphrase a song by a band with more money than most of us can dream of, they are two albums and they are not the same. “There are similarities,” allows Jinx. “One album has more gentleness, and one is fuller, with more beats, but they each complement the other.”

To say that each is imbued with Jinx’s singular approach to songwriting is an understatement. Without any nod or curtsy to formula, the two records stand firm on the side of the individual. With music across the records that is equal parts Brillo-pad abrasive (Fireman Meets Samurai Sword), headbanger rock (Bonus Ball), go-getting radio fare (Not Bad People), humour (10 O Clock T Break Bollix), brass-hinted acoustic strum (I Know My Town), and wry spoken word (No Sponge), the records walk so far away from the middle of the road that they’re in a field of their own. With lyrics across each that highlight border town reality (“I know every smell from sewer pipes to the chip shops…”– I Know My Town), corporate corruption (“You know they’re all infected…” – David Drummm), interpersonal relationships (“Learn how to talk to women – listen to them, be interested…” – Learn How To Talk To Girls), and the scourge of unemployment (“Is it a good job? Is it a real job? Is it a scumbag job? Is it a smack in the gob?” – 70,000 New Jobs), there is a true-blue distinctive mindset at work here.

And yet, in the interests of fair play, it must be noted that Jinx Lennon’s music isn’t for everyone. The man himself agrees. “It isn’t something you’d put on during dinner parties, but it’s something I need to say about things going on in the world that I’m not happy about. It’s dark, yes, but it’s injected with enough soul that it’s uplifting for people – and it has humour, too, which is the spoonful of sugar.”

Unlike most musicians pushing their latest product, Jinx is also fine with the fact that some people just won’t ‘get’ it. For every person that nods in appreciation to songs such as Don’t Let The Phone Calls Annoy You, 10 O Clock T Break Bollix, Fireman Meets Samurai Sword, and Piranhas Of Xmas, there are others that will shake their heads in puzzlement.

“I don’t want to go under false pretences of being something that I’m not,” says Jinx. “I’ve never been like that. That’s always been the aim, and if I ever get off that track, that’s when something will be wrong, that’s when I will stop writing. It’s simple, really – I have to be feeling it.”

Magic Bullets Of Madness To Uplift The Grief Magnets and Past Pupil Stay Sane are each released on October 21, via Septic Tiger Records.