Joe Chester Live at the Grand Social this December 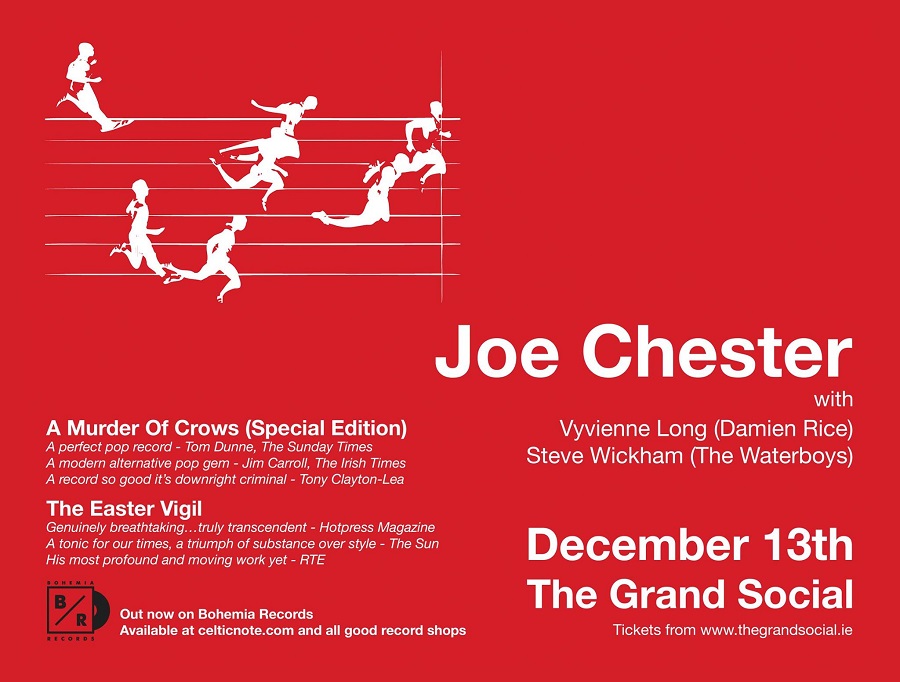 Renowned Irish musician, Joe Chester, rounds of a successful year, with an intimate show at Dublin’s Grand Social on Wednesday December 13th. Joe will be ably assisted on the night by his close friends Vyvienne Long, and Steve Wickham.

2017 saw Joe Chester have his most prolific year in quite a few years. The Dublin singer, songwriter, and producer, released a trinity of albums in a nine-month period.

February saw the release of his latest studio album, ‘The Easter Vigil’, a narrative on his changing relationship with the Catholic Church over the course of his life. He marked the release with a show at Dublin’s Unitarian Church in late April, and the recordings from that night were released as ‘Live at Unitarian Church’ in September.

Then there was the, far from small, matter of re-issuing his 2005 album ‘A Murder of Crows’, which received wide acclaim upon its original release., The 2017 edition of the album is enhanced with demo, live, and unreleased recordings from the period in which it was originally released.

The Easter Vigil
“Genuinely breathtaking… Truly transcendent” – Hot Press Magazine
“A tonic for our times, a triumph of substance over style” – The Irish Sun
“His most profound and moving work yet” – RTE

Tickets for The Grand Social Show are available online at www.tickets.ie priced €15