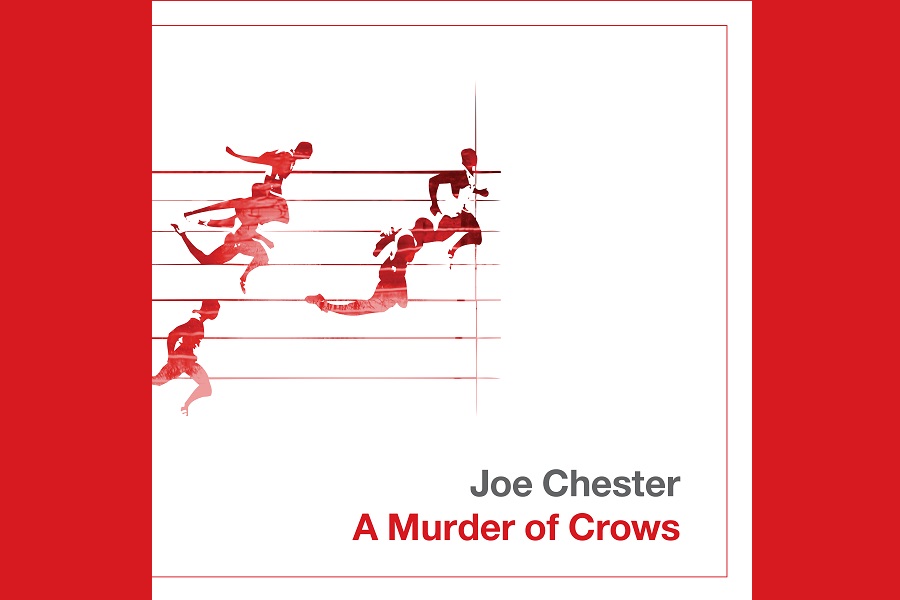 Ahead of the release of the Special Edition of his landmark ‘A Murder Of Crows’ album, Joe Chester releases ‘The Hardest Kiss’, a track that was recorded around the same time as the album, but is only seeing the light of day now.

Joe talks about A Murder of Crows…

“In Radio you are always looking for that bit of magic. When Dylan was recording ‘Blonde On Blonde’ he called it “that wild, thin mercury sound.” It’s an elusive combination of all the elements: the voice, the lyric, the instruments, the production the sound. It’s hard to describe, but you know it when you hear it. It is here, on A Murder of Crows, in spades.

But this record occupies a special place in my heart. Some great music captures that point in your life, youth I think it’s called, when the world is alive with optimism, energy and hopefulness. But even better music captures that moment when the future is still dizzy with possibilities but is yet somehow tempered by our human frailties and the knowledge that it doesn’t always go to plan. This is such a record, gorgeous from beginning to end.”

Extract from Tom Dunne’s sleeve notes for A Murder of Crows re-issue.

“I’m not given to looking back, not through any idealogical or superstitious stance. I just don’t tend to have the time. Although from the outside, looking in, it can seem that there have been long gaps between my albums, from my perspective it always feels breakneck, constantly moving on to the next thing, whether that’s a new solo record, a collaboration like Hedge Schools, a new A Lazarus Soul album or producing for someone else. As such, it’s surprising to me that A Murder Of Crows is now almost 13 years old. From this distance it certainly seems pretty remote. I remember receiving advice when I was making my second album that the sensible thing to do would be to “consolidate”, as in make another record just like it. The implication being, repeat the trick and commercial success was sure to follow. At the time this was anathema to me – I set about making The Tiny Pieces Left Behind, a record as different as could be from A Murder Of Crows, not out of contrariness but by dint of following my artistic instinct. Looking back I can see that this may well have been career suicide but artistically the best and only move I could make.

As such from this perspective, living in France and working on the songs for my sixth studio album, I feel like a very different person and artist from the one that made this one. Survival has been my biggest success. However, whenever I play live, people always come up to me and tell me how much they love A Murder Of Crows and that is such a beautiful and heart-warming thing to me. It is such a privilege for any artist to make a piece of work that means something to people. Listening back to A Murder Of Crows now I think, “Life is full of surprises. I wouldn’t change a thing.”