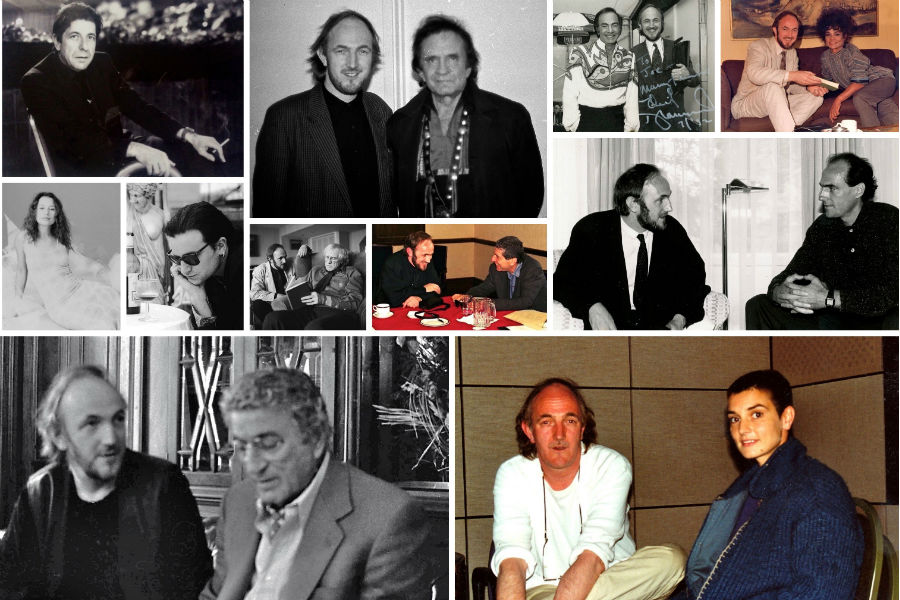 When Joe Jackson took over the weekly music slot in The Irish Times in the early 90’s for the legendary Sound and Vision slot, he told the newspaper’s Arts editor Paddy Woodworth, “music coverage has focused too much on Anglo-American, and Irish quasi-U2 rock bands, I want to give space to all genres of music, Irish rock, yes, but also Irish trad, folk, pop, all genres in fact. And I want to get a gender balance. ”

He then went on to give that slot to predominantly Irish acts, frequently focusing on songwriters such as Christy Moore, Eleanor McEvoy, Glen Hansard, “more than one hundred, in fact,” he recalls, “That ten years of interviews is like the 90’s in Irish music, captured in a time capsule.” For the first decade of the new century, Jackson carried that concept onto RTE Radio 1, with his PPI-Nominated series, Under the Influence. In that series, he also has more than fifty in-depth interviews with classic songwriters such as Leiber and Stoller, Elvis Costello, and Nanci Griffith, who asked him to co-write with her Nanci Griffith’s Other Voices: A Personal History of Folk Music. Is work also has been included in a Bob Dylan anthology.

Jackson also worked for Hot Press from 1985 – 2009, for whom he did most of their major interviews with not only musicians but also politicians, authors, actors, directors, “people from all areas in terms of the arts and pop culture.” He says. From 2000- 2007 he also did weekly interviews, “even more broad-based than I had done in Hot Press,” for the Sunday Independent. He kept all the tapes, “more than 1,3000,” he says.

Jackson, who not only wrote but also produced and presented his latest series on RTE Radio 1, The Joe Jackson Tapes Revisited, which was nominated for an IMRO Award in 2018, wants to not only transfer all tapes but to make the suitable for public broadcast, in venues such as the National Library of Ireland. The  Rock ‘N’ Roll Hall of Fame has expressed an interest in his archive be he “would rather it stay in Ireland.”

Jackson says it will cost €25,000 to digitize his archive. He is trying to raise, he says, “half that amount via Fund It, which entails me giving those who pledge anything from €20 to €1,000, various ‘rewards’ such as CDs, downloads, magazines, one-on-one master classes on interviewing!” The campaign runs until May 18th 2019 at https://fundit.ie/project/the-joe-jackson-journalist-archives