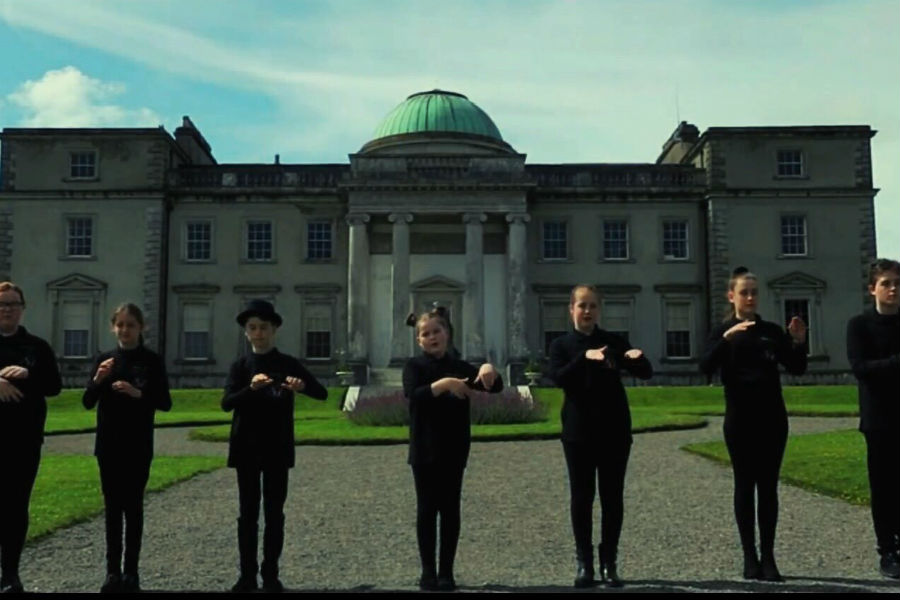 Joe S is the Portlaoise based anti-folk artist and on Wednesday 7th August released a very special music video for his current single ‘The Mountain’.

The video was filmed in the stunning Emo Court with the Midland’s ISL (Irish Sign Language) Learners Choir who translated the lyrics into beautiful signs.

Joe’s aim with the video is to bring music to those who couldn’t otherwise enjoy it due to hearing difficulties or deafness.

One of his greatest fears is losing his hearing and Joe S himself has hearing problems so it’s something that’s very close to his heart.

With the help of Midlands ISL Learners Choir, they’ve made a music video that can be enjoyed by all, including the hearing impaired.

The song itself was written about the day Joe proposed to his then girlfriend on top of Mt Vesuvius in Italy and is a departure from his usual politically themed songs!

Hopefully this video will give the Midlands ISL Learners Choir the recognition they deserve for the wonderful work they do.