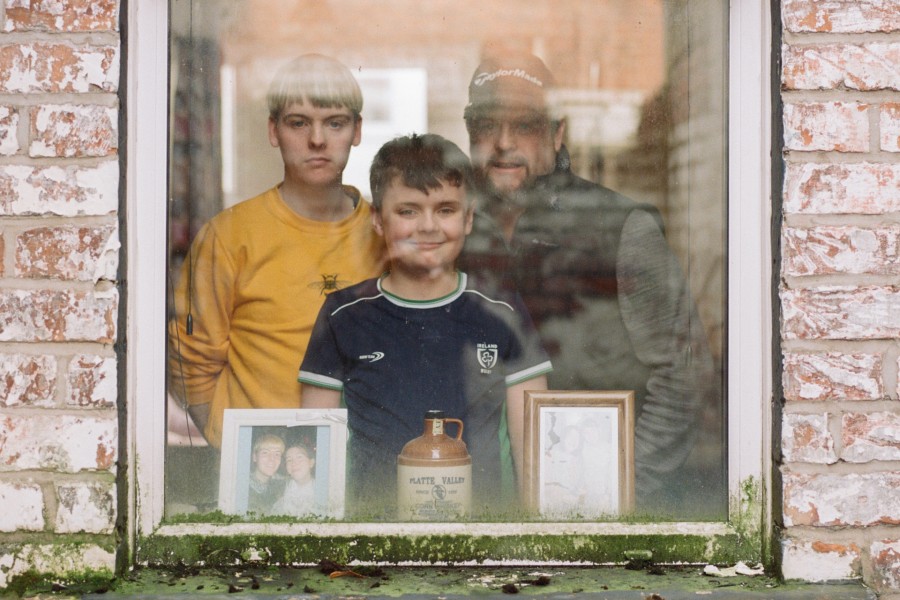 Joel Harkin has been causing a gentle stir since the release of his debut album ‘Never Happy’ on the 19th of May; a release date he chose to coincide with his 26th birthday.

One of the stand-out tracks from that album, ‘No Recycling’, has just been long-listed for the Northern Ireland Music Prize.

Released earlier this year to quiet online fanfare, ‘No Recycling’ sees Joel ruminate on family life and wealth inequality in his own witty, offbeat songwriting style.

“’No Recycling’ is about going to visit my da in Spain and thinking about wealth inequality and how the two extremes of it seemed to be present in this small Spanish town,” says Joel.

Joel Harkin played Other Voices Mayo and Output Belfast in February 2020. The year before, he supported Junior Brother, Joshua Burnside and Kitt Phillipa. His songs have received airplay on BBC 6 Music, BBC Radio 1 and more. In 2019 he was nominated for the Oh Yeah Contender Award at the Northern Ireland Music Prize 2019, and this year he is a participant in the Oh Yeah Centre’s Scratch My Progress Talent Development Program.