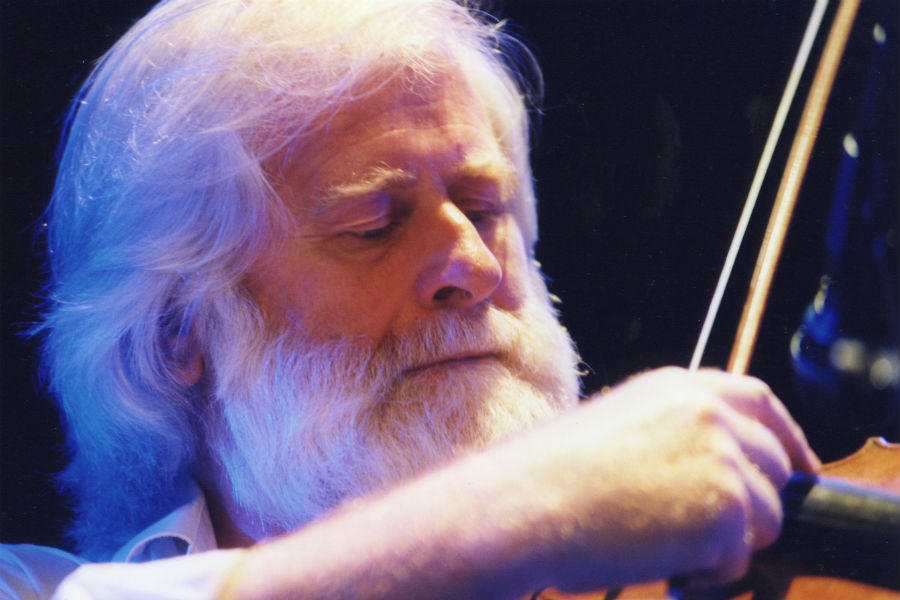 Venerable fiddle player, national treasure, and iconic Dubliner John Sheahan releases his first solo album ‘Flirting Fiddles’ on 17th April, with the eponymous track ‘Flirting Fiddles’ as the lead release. John explains the title, “During my 50 years playing with The Dubliners, I have been flirting with different fiddle styles, which has lead to this eclectic mix of compositions. They reflect influences of traditional, swing, baroque and bluegrass.” Some of the tunes featured on the album will be also featured as part of a John Sheahan special performance shown at 9.30pm on TG4 on St. Patrick’s Day.

The fifteen tunes on ‘Flirting Fiddles’ are both old and new including some classic favourites like ‘The Marino Waltz’ and more recent compositions such as ‘The Winding River’. The tunes have been arranged for both orchestra and string quartet as well as collaborations with fiddlers, guitarists, pianists, pipers and percussionists.

A first solo album is a milestone in any musician’s career, even more so at the age of 80. John Sheahan celebrated this landmark birthday very publically last year with two concerts in Vicar Street in December, with the President of Ireland Michael D. Higgins in attendance as guest of honour on 6th. Throughout this evening, John was joined onstage by an array of musical guests, including Glen Hansard, Imelda May and Declan O’Rourke, to create a memorable musical celebration of a man who is both beloved and highly respected by his peers. The gig was recorded on the night and will be premiered at 9.30pm on TG4 on 17th March.

John’s contribution to Irish music and Irish culture spans a phenomenal seven decades, including fifty years with legendary folk group, The Dubliners. He was always the quiet one in the Dubliners, or as he calls himself, “the mortar between the bricks.” Sheahan is the one who has survived those wild days and ‘Seven Drunken Nights’, the one who is around to tell the stories and crack open his diaries to remember those times when the band would play the Royal Albert Hall in London the night after a gig in Templemore.

But John is not one to live in the past. Always playing, writing and recording, he continually creates, caught up in the eternal magic of it. He pushes himself outside his comfort zone too, publishing his first poetry collection Fiddle Dreams in 2015 to great acclaim. He still gigs regularly both abroad and at home, and even manages to find time for his favourite hobby, wood-carving. John Sheahan is an inspiration to us all, and we are truly blessed to have him and his immense talent.