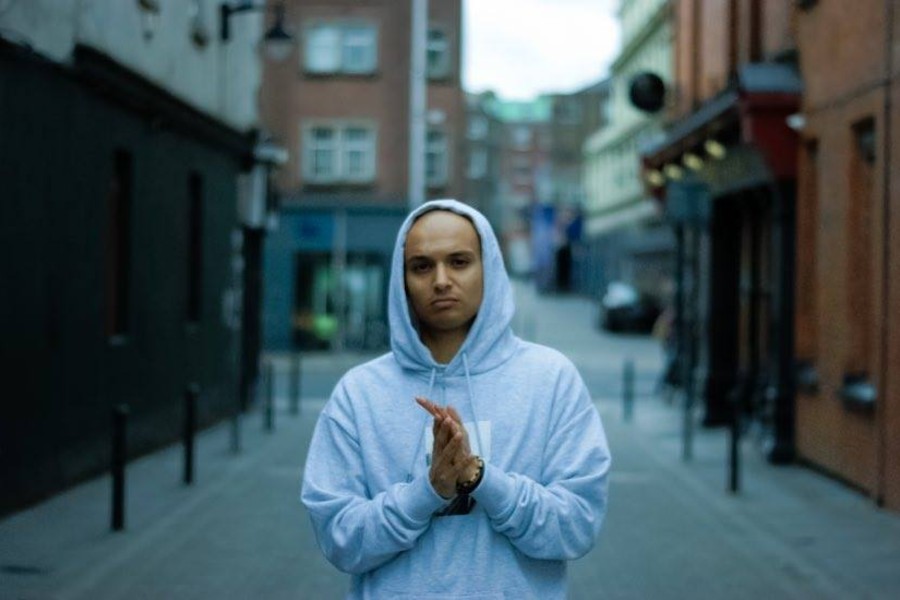 After performing in venues across the world, including places like London and Singapore, Dublin rapper and producer Johnny Climax returns to the fore with the release of his latest EP ‘One Day You’ll See’, which includes his latest critically acclaimed single ‘Nobody Happy’.

Continuing on a similar note to ‘Nobody Happy’, Climax’s EP ‘One Day You’ll See’ examines whether it is the journey or the destination that brings a person happiness. “It’s is a project about realising one’s potential and realising what you are capable of” Climax explained of the EP’s premise, before adding that the project examines “Taking stock of how far you have come and where you’re going next.”

The five-track EP, the second full-length project of Climax’s career following his 2019 debut ‘I’m Fine’, is, “a proclamation to suppress doubt from both the internal and external, encouraging both factions to take a back seat and just watch.” It’s an eclectic mix of influences and style, aided in production by the producer Chris Kabs, offers an insight into Climax’s never-say-die attitude that has been ever-present throughout his career.

Johnny Climax has been a member of the wider Irish hip-hop scene since the release of his first single ‘Mood’ in 2018. His music consists of diversified electronica and hip-hop, all of which he draws influence from to form his emotive musical selections as his own therapy. Over the past two years, he has released a number of singles and his debut EP ‘I’m Fine’, which was released in 2019.

Climax has performed in some of the biggest venues in Dublin including Whelans, Workmans, The Grand Social, The Underground and The Lighthouse in Dun Laoghaire. He has also performed sets abroad, at a show in both the Nottinghill Arts Centre in London and the Choice Cuts Goods in Singapore.

‘One Day You’ll See’ was released on January 29th and can be streamed here.