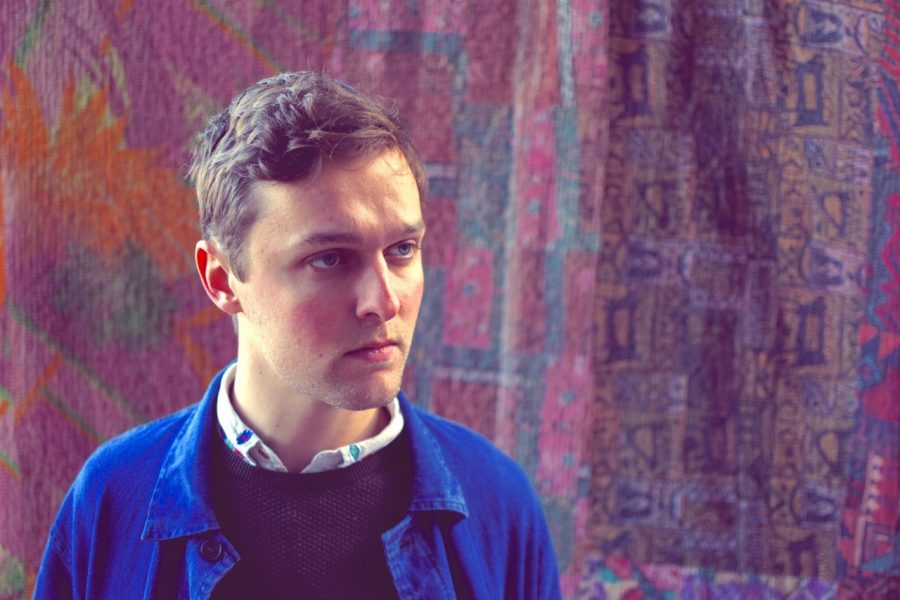 Northern Irish singer-songwriter Joshua Burnside releases his debut album Ephrata on 5 May via Quiet Arch Records. Written in a burst of a few weeks whilst living in northern Colombia, the songs on the album deal with a diverse range of themes, from PTSD and technophobia, to larger questions about time, love and death in the modern age. Balanced with a diverse palette of sounds, Burnside deftly blends alt-folk and elements of the Irish folk song tradition with South American rhythms and Eastern European influences, whilst introducing synthetic and found-sounds, synths loops and crunching beats to create a stormy world that shifts and swirls perspective like a lingering lucid dream.

Burnside released his critically acclaimed first EP If Your Goin That Way in 2013, which was described by The Irish Times as; “Rumbling, brooding, powerful, magnetic.” The lead single “Black Dog Sin” received numerous radio plays from Gideon Coe and Lauren Lavern on 6 Music and went on to notch up 1.5 million plays on Spotify and over 50,000 plays on YouTube.

The influences of his Irish background and his love of Gothic Folk-Americana, has brought him fans both in the UK and America. Ephrata is the name of a small town in Pennsylvania, nodding to the transatlantic connection. Burnside visited Ephrata whilst on tour a few years ago, when a nearby market burnt down on the first night he was there and fire engines drove past all night. He explains his state of mind whilst writing the title track; “I was going in between dreaming and being awake, having apocalyptic dreams. The song uses synths and upbeat Colombian rhythms to contrast some of the darker lyrical themes.”

Ephrata sees a change in direction for Burnside, moving away from an indie folk sound. The gothic and religious themes remain but a distinct Latin flavour has wormed its way into the music, inspired by his time in South America. In need of a change of scene and creative stimulus, he stayed with his cousin who was living in Colombia for a few months. He had no money when he went out there so he borrowed a small classical guitar and started writing the album. He even played with a local Cumbia group (mixing traditional African dance music with European instrumentation) and soaked up the rhythmic influences, most notably in songs such as “26th Street” (named after the street in Bogota where the political satirist Jaime Garzon was assassinated) and “fightorfight” (featuring guest vocals from Hozier cellist and backing vocalist Alana Henderson).

The lyrics are very much central to the songs and are at times deeply personal and intimate such as in “Holllllogram”, which touches on the modern addiction to the Internet. In the song he explores the problems with loving someone from afar on social media sites, as he says; “All you see is a pale reflection of them, none of the details, like the sunlight reflecting on the moon and then again on to a rippling ocean, your vision of them is completely distorted.”

There’s an apocalyptic theme running throughout the record and much of the album is about PTSD. Joshua explains; “How something as routine as getting your blood taken can set off a fight or flight style anxiety attack, all of a sudden it’s as if the world is ending.”

The whole album is more dramatic and songs like “Tunnels pt 2” is rockier than anything he has done before. The arrangements are bolder and more colourful and there’s a greater sense of urgency. It is balanced out by a lighter side, with upbeat tracks such as “Ephrata” and “Unrequited Kind” belying the serious lyrical themes.

Burnside’s contemporary influences include bands such as Sun Kil Moon, Dirty Three, The Books and The Microphones, but this year has also found himself listening to a variety of old tapes, with the incongruous mixture of Dick Gaughan, Talking Heads, Toto La Mompasina and The Cure creeping in to his own sound.

A multi-instrumentalist, Burnside played most of the sounds on the album but was also joined by a number of collaborators and producers with whom he’s worked with over the past few years, most of whom play for different people and have their own solo projects. These include his brother Connor on drums and percussions, electronic solo artist Rachael Boyd on violin and synths, Clark Phillips on bass and Sarah Martin on trumpet.

New single “Tunnels pt3” can be streamed on Soundcloud here.

‘Understated and exaggerated, thought-provoking and reflective, constantly keeping the listener on their toes’ – GoldenPlec