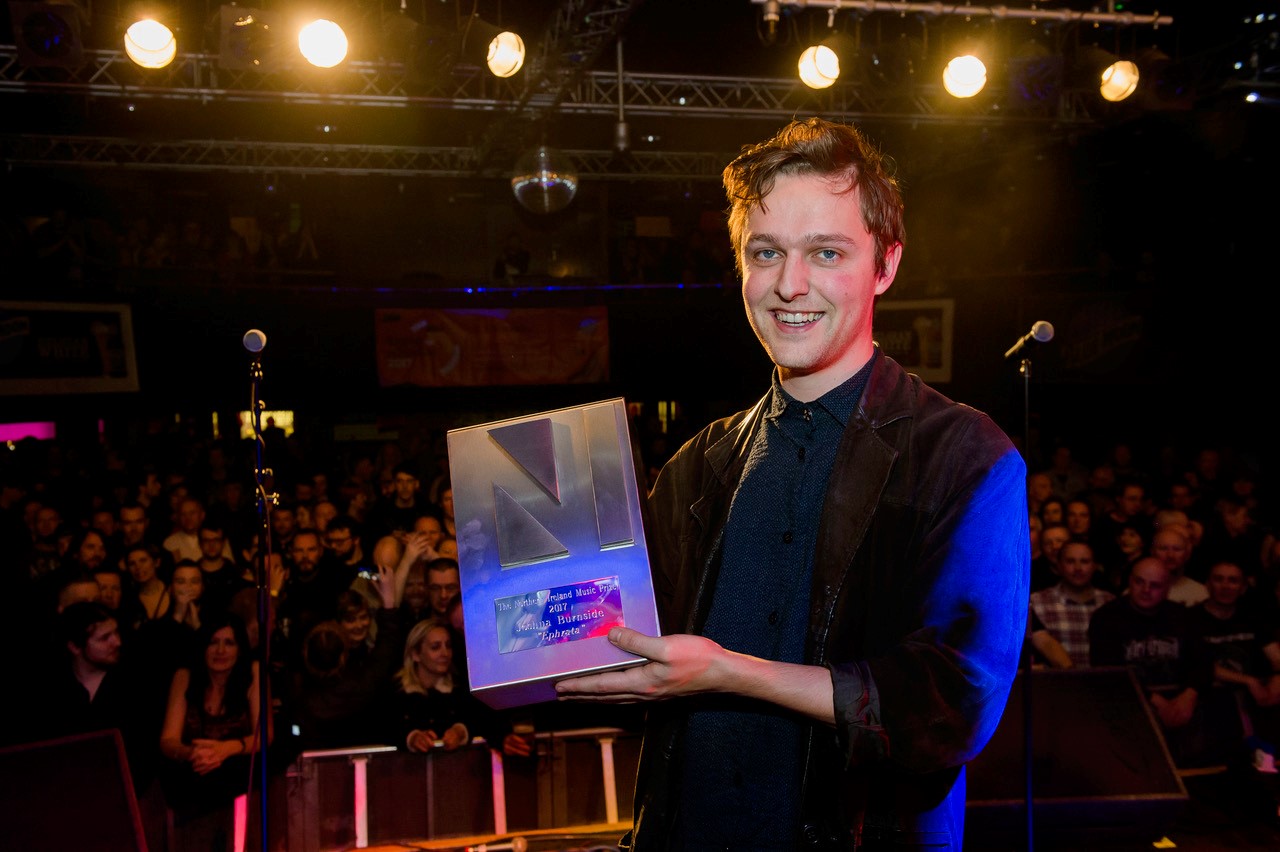 He was presented with the award at a special event on Saturday, November 11th at the Mandela Hall, Belfast. The singer songwriter’s debut album, ‘Ephrata’ was selected as the best release by a selection of music industry and media figures.

On receiving that award Joshua Burnside said, “It’s a massive honour to win this award especially as the quality of the albums this year has been so high. I’m absolutely chuffed so thank you to everyone who voted for me. Also a big thank you to everyone involved in making the album and to my manager Lyndon Stephens who never stops working!”.

Charlotte Dryden, CEO of Oh Yeah said: “ It’s brilliant that a debut record can pick up the award. Joshua’s rise over the last year has been astounding and this album is an inspired piece of work full of influences from as far as Columbia, Eastern Europe and North America. Massive congratulations to Joshua on winning, and to his manager Lyndon Stephens and Champion Sound on two successful years in a row. Well done also to all the nominees, it was a brilliant shortlist. It makes you proud to be from Northern Ireland.”

Joshua Burnside has had a busy year clocking up two million plays on Spotify, with two sell out London shows, appearances at International festivals including Reeperbahn and The Great Escape. He has also had extensive radio play and support from the likes of Guy Garvey, Tom Robinson, Tom Ravenscroft, Lauren Laverne, Huw Stephens and Phil Taggart. Joshua will also be performing at this year’s Atlantic Sessions in Portstewart, as well as the music trail for Other Voices in Dingle in December. He releases a deluxe edition of his album this coming Friday.

The Belfast event at the Mandela Hall also saw the presentation of a special Oh Yeah Legend Award to Vivian Campbell.