Craig Gallagher and ZaPho have just been announced to perform at the next IMRO First Cuts Showcase at Abner Brown’s. The June edition of the monthly showcase, will take place on Thursday 15th June at 8.00pm. Admission is FREE but due to limited capacity tickets are limited to two per person and booking is essential: email ei.ormi@stneve

IMRO First Cuts Showcases at Abner Brown’s feature the best up and coming as well as established Irish acts. In the intimate setting performers are given the opportunity to debut new tracks along with their current material. Performance highlights and interviews with all acts who perform are later streamed online at www.IMRO.ie and across IMRO’s social media channels. To date, showcases have featured the likes of Marc O’Reilly, Ailbhe Reddy, Mark Geary, Farah Elle and Bronagh Gallagher.

Dubliner Craig Gallagher started his career sing in the pubs of Temple Bar alongside his childhood best friend Gavin James. They both played as a duo and Craig has continued to support Gavin on all his tours across Ireland and Europe including the Sold Out show at Marquee in Cork and Dublin’s 3Arena. The response to Craig on these tours has been incredible and he recently released a four track EP that went No. 1 on iTunes in Ireland on release and he has reached over 1 Million streams on Spotify. Now Craig is selling out his own tours across Ireland and Europe including Whelan’s in Dublin and the legendary Paradiso in Amsterdam to name but a few! Craig was also selected to perform on Other Voices last December and followed this with a headline tour of Ireland in early 2017 as well as supporting Picture This in a sold out Olympia Theatre.

ZaPho is difficult to describe, but for all the right reasons. Experimenting with different genres, she has developed a heady blend of indie lyricism and synth based modern drum-and-bass that, so far, defies definition. The resulting tracks range from melodic, harmony-layered pop to weightier, urban-inspired breakdowns, all knitted together with a distinctive vocal performance. Having completed her first Irish tour, supporting Cathy Davey last October, ZaPho has been lying low writing and recording her debut album with a single and video release due shortly. She’ll be blitzing the Dublin music scene and festival circuit with an ever-evolving, often hair-raising performance. Watch this space.

Tickets for IMRO First Cuts at Abner Brown’s are FREE but due to limited capacity booking is essential.  To reserve tickets please email ei.ormi@stneve. Tickets are limited to two per person. 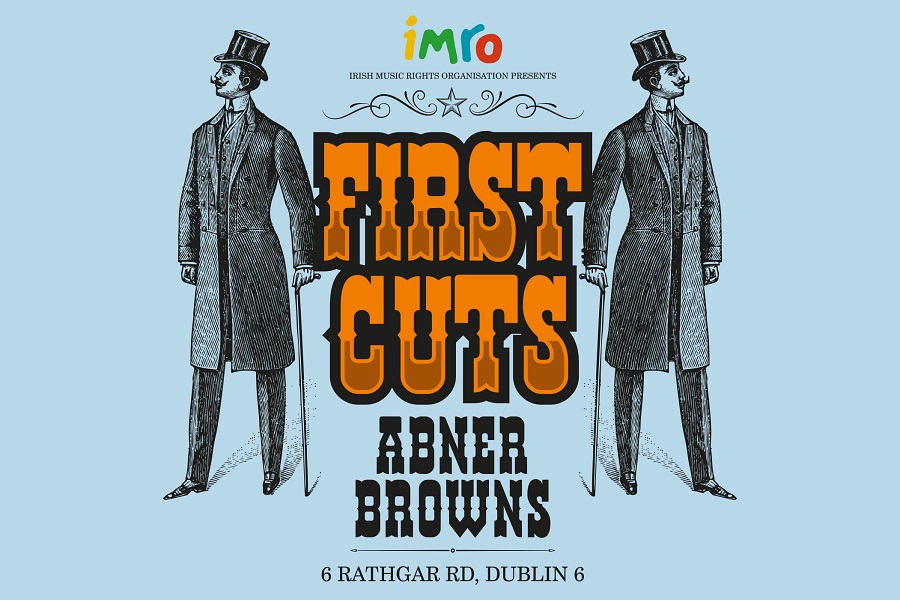