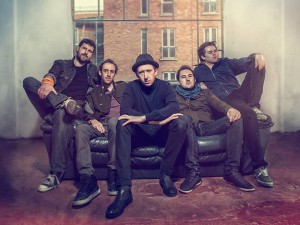 Dublin based five-piece Jupe are delighted to confirm they have signed a management contract with USA based Perfection Records. They will join the team of global industry veteran, Chris Carlucci and former Warner Bros CEO and Co-Founder of Virgin Records, Phil Quartararo. Multi-Grammy Award Winner and Platinum Record Producer Bob Cutarella, and Timmy Temper, Music Producer, Music, Film and TV, managing some of the brightest young stars in entertainment.

With the release of their new single “Tweet” due for mid-August, the Dublin based band are delighted with the recent announcement: “We’ve been working with Chris behind the scenes for some time. It’s great that we can now make this official” -Tim Night.. A series of live dates are set to be announced for late 2014 via London based booking agents, Coda Agency, to tie in with the upcoming single release.

Chris Carlucci is touting Jupe’s sound as “remarkably global with huge international appeal” and is eager to help introduce the band to a wider global audience. “Jupe is the definition of Pop! Their sound will be appreciated by people 10 years old to 100“-  Chris Carlucci With the pending release of their new single, Jupe are touted to be the success story of 2014/15