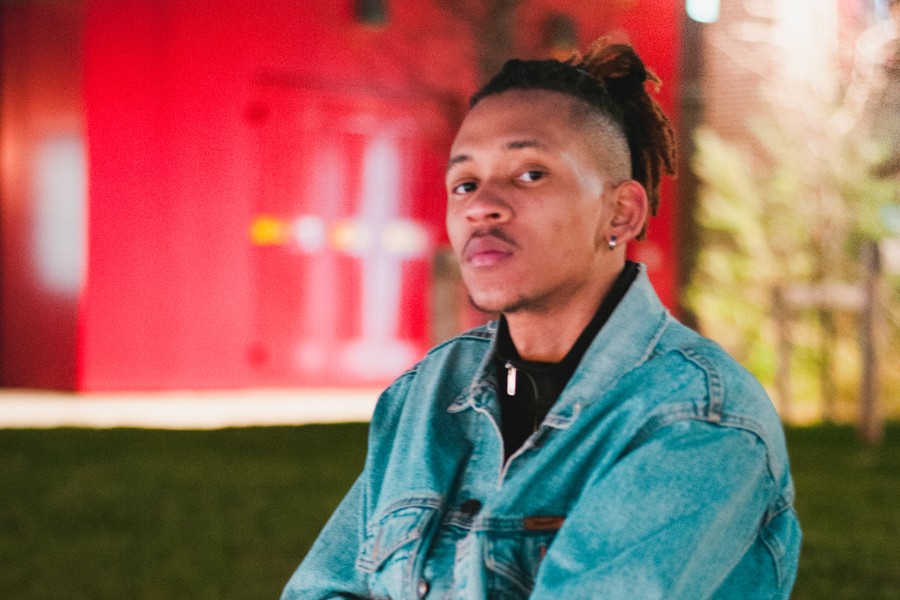 JYellowL, The 21-year-old artist, dynamic in his lyricism and fueled by political conviction, will deliver his highly anticipated debut album ‘2020 D|vision’ on 4th December 2020, with the first single ‘Jewels’ out this Friday, 19th June 2020.

Speaking about the record JYellowL explains the narrative of the track:
“’Jewels’ is a celebration of our multifaceted nature, as well as the complexity of the human condition. It’s about recognising our worth and understanding that we are all inherently valuable and that our value may just manifest itself in different realms.”

A leading voice emerging out of the fierce juggernaut that is Ireland’s rap scene, this debut follows two groundbreaking EPs and a string of headline performances, both in Ireland and internationally. His standout track ‘Ozone’ has surpassed 1.5 million views on Spotify and the single ‘Oh Lawd’, featured on the soundtrack of the ‘Normal People’ TV series, has already surpassed 1 million views. A self-driven artist and entrepreneur, his newly established JYellowL Records Ltd quickly landed a distribution deal with the international distribution company IDOL.

The lyricism JYellowL delivers cuts to the heart of issues that are at once deeply personal and urgent on a global scale, driving political change right now. With a degree in politics from UCD University in Dublin, he explores the social problems that both intrigue and disturb him, from international conflict to economic inequality, unafraid to tackle subjects like racism in his music early on. In 2020, as protests erupted across the world, he spoke to a crowd of thousands at a Black Lives Matter in Dublin, envisioning a future Ireland that is radically inclusive and anti-racist.

As far back as 2017, his track ‘Cold In The Summer’ addressed the international crisis of racial injustice and the legacy of slavery, while voicing a defiant demand for change. VICE Magazine profiled him as a leading voice of Irish rap in their 2017 Music Issue, “on the crest of a wave of young artists in Ireland with an increasingly political bent”.

It didn’t take long cutting his teeth in Dublin’s burgeoning rap scene to make his rise. By 2018, JyellowL had released his groundbreaking debut EP ‘Bulletproof’ and was supporting Rap superstar NELLY on a 3-date Irish tour that November, followed by a sold out Dublin show with ‘Money Trees’ hitmaker Jay Rock.

In 2019, his highly acclaimed ‘Me N Me 2’ EP followed, coming out at the same time as he took on a headline Irish tour, his first headline show in London, and performed a headline international concert at Steck Poppodium in The Netherlands.

Named as one of RTE’s 2FM Rising acts for 2019, he released two singles – the catchy ‘Ozone’ and hard hitting ‘Tek Time’, the latter of which featured on Spotify’s influential Who We Be playlist. Endorsements from Spotify solidified his position as one of Ireland’s most influential young artists, featuring on a plethora of editorial playlists.

JyellowL made his stamp on the Irish festival scene that summer with a series of knockout performances including Longitude, KnockanStockan, Body & Soul, Band On The Strand Festival, Red Bull Gaff Party, and an international headline slot at Delft Jazz Festival in Holland. He ended that summer on a high with a coveted headline slot at the ‘3 Made By Music Stage’ on the Saturday night of a sold-out Electric Picnic, one of the pinnacles of the Irish festival circuit.

His hard-hitting 2020 anthem ‘On The Estate’ released is another bold step forward in developing his sound while a string of wide-ranging collaborations have showcased the versatility of JYellowL’s sound and craftsmanship. He has worked with long-time collaborator Aaron Unknown on ‘Asylum’, American based wordsmith Mac Irv on ‘No Rivals’, as well as Irish RnB artist Aik J and Ari Noir on ‘Last Flight’ remix and ‘Alone’. He also made the soothing ballad ‘Blue Skies’ with electro pop duo Siights and a thumping club banger ‘shock Em’ with Irish hip hop artists Evan’s Junior and Jordan Adetunji.

With the release of his long awaited debut album ‘2020 D|vision’ JYellowL will embark on his busiest yet thrilling year yet.