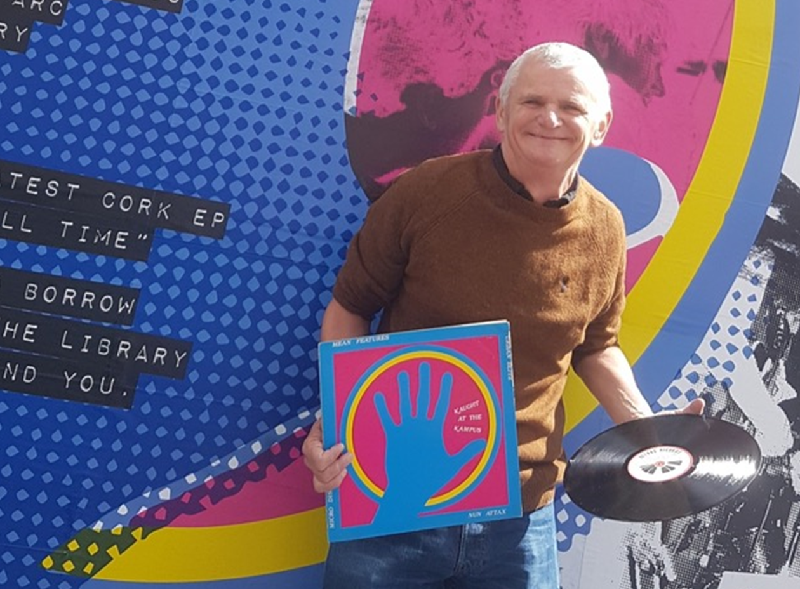 In 1977 the Downtown Kampus was setup by UCC Entertainments Officer Elvera Butler in order to bring rock bands to play in Cork’s in Arcadia Ballroom (colloquially known as The Arc). For some four years touring national and international bands played at The Arc, which in turn inspired local gig-goers to form their own bands who were then given the opportunity to share the stage with touring acts.

On Saturday August 30th 1980 local bands Mean Features, Microdisney, Nun Attax, and Urban Blitz played a gig which was recorded live and released as the Kaught at the Kampus.  There is currently a giant mural currently celebrating the Kampus EP on Grand Parade.

On Friday September 18th — as part of Culture Night — both Conjun Box and Cork Zine Archive present the Kampus turns 40 in the Grand Parade Library. The event will feature testimonials from the Kampus musicians, gig-goers and organisers, along with photographs capturing the gig by Ciarán O Tuama and Pat Galvin.

A new version of the EP which includes previously unreleased material will get it first public airing on the night.

Ricky Dinnen (Nun Attax and Five Go Down to the Sea), is pictured above at the Kampus Turns 40 artwork outside Grand Parade Library.  With the original 1980 Kaught at the Kampus album, which will be celebrated in Grand Parade library on Culture Night.