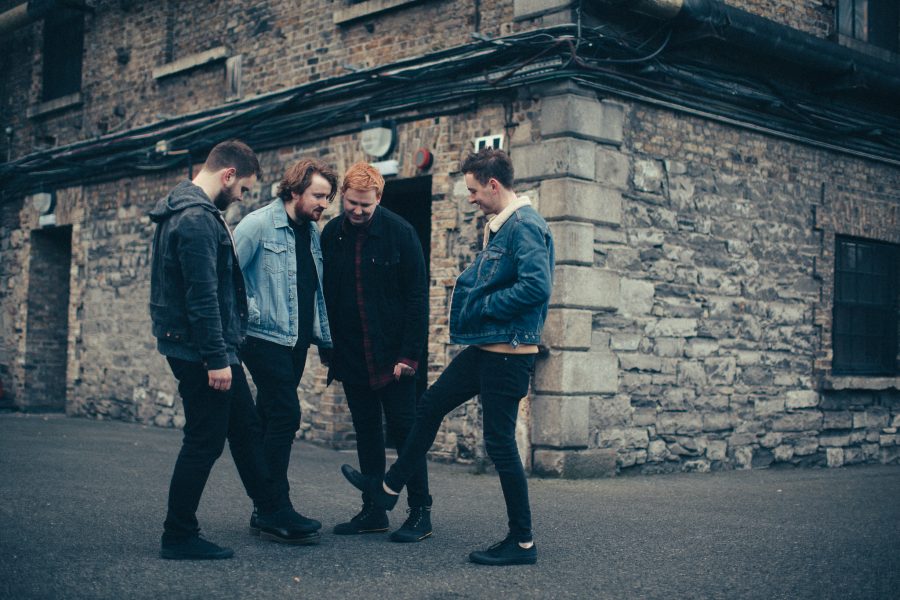 KARMS are a thundering indie rock 4 piece from Dublin made up of brothers Colm and Stephen O’Loughlin, and friends Danny Farrelly and Jay Maleney.

Having already sold out Whelan’s Upstairs on their debut headline show, KARMS return to the intimate stage at Whelan’s following the release of their debut EP ‘River’. This is the first of many shows planned for 2018, an exciting year for this band.

Tickets available from from www.whelanslive.com

KARMS are dreamers, believing in capturing the raw passion and ferocious energy of their live performances above all else. The band retreated to Attica Audio on the far edges of Donegal to record with Scottish producer Tony Doogan. In complete isolation, KARMS tasked themselves with creating music as big as the mountains and wild as the Atlantic waves surrounding them.

The goal was to use as much live performance as possible with minimal overdubs. Recalling the ethos of a bygone era – where everything was recorded to tape – the rule was no more than three takes per song.

The resulting output is ‘River’. A four track EP combining bonecrushing anthems, ‘River’, ‘We Always Lose’, and ‘She Said’ with the delicate ‘Beautiful Magic’, recorded late on the last night of recording – the first time the band had played this track as a unit.

What you hear is a band at the top of their game, playing live in a room together. No frills.

‘River’ is available for download and streaming from all online stores NOW.