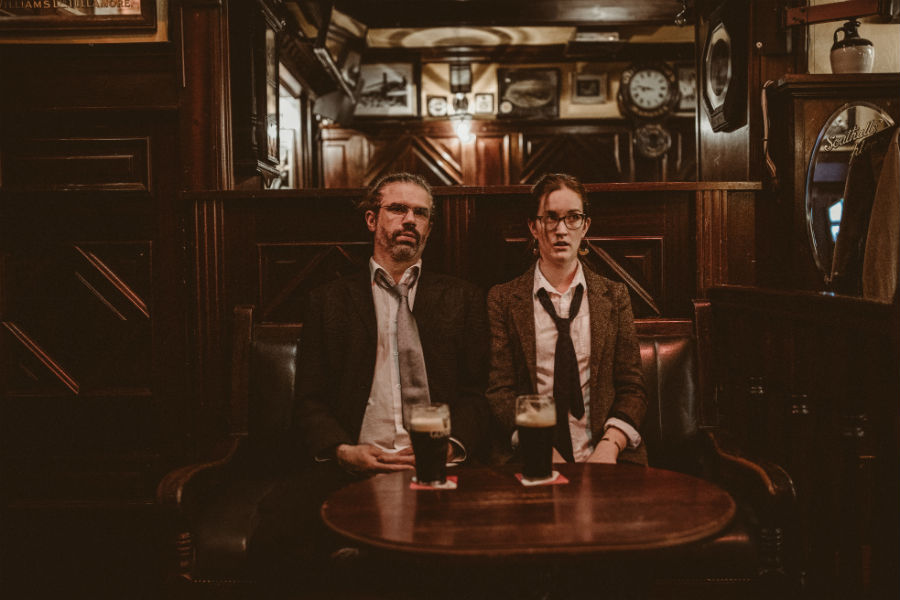 While their freshman offering, ‘The Gambler’s Partner’, was enthrallingly raw, with only acoustic guitar and cello blending with Kaitlin’s solo vocal to create a haunting and intimate alt-folk sound, what’s next shows a development towards something even more dynamic and potent. With the invaluable help of engineer Alex Borwick, their sophomore release dials the KC VIK sound up a notch, by way of added harmonic layers and percussive drive from the inimitable bodhran player, Conor Lyons (of The Bonnymen).

Unflinching from its explosive introduction, ‘The Boss’ is an unapologetic, if at times tongue in cheek, commentary on labour exploitation. The song follows the experience of the kind of self-serving power which uses and abuses earnest ambition to profit off the backs of its workers. The rhythmic drive (created by the drum and cello baseline) embodies a relentless and perpetual ‘treadmill’ like pattern, while the powerful cascading guitar finger-picking and echoing riffs between the guitar and cello express steps taken forward and backward again; a journey leading nowhere, never culminating in the achievement of a goal.

Overall, ‘The Boss’ is a rousing anthem that will simultaneously inspire listeners to get dancing and stick it to the man.

‘The Boss’ will be released on all major streaming and download platforms on Friday December 6. Details of the launch party will be announced in the near future. You can find the band on Facebook/Instagram/Twitter using @kcvikduo, or else on Spotify, imusic and YouTube as KC VIK.