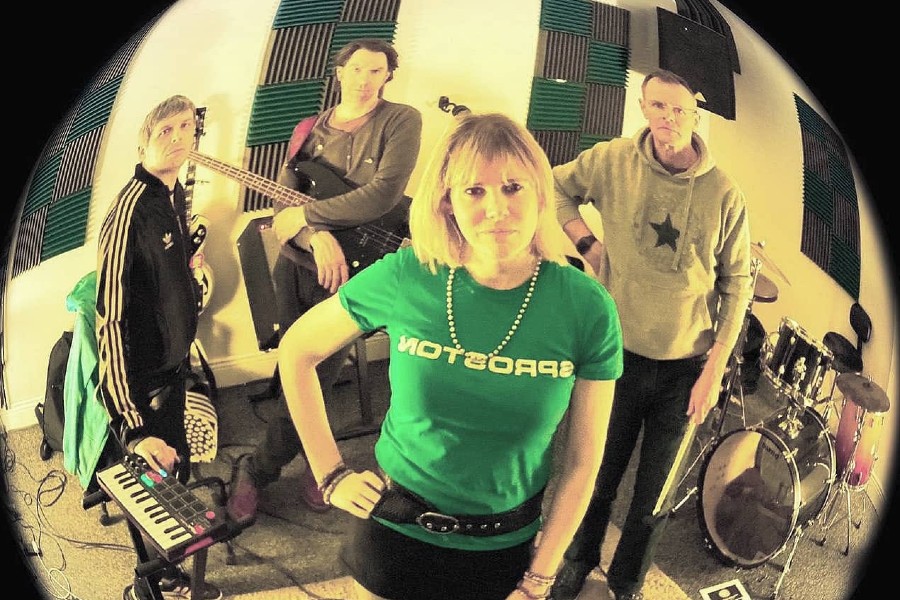 Former Session Motts lead singer Keeley returns this month after a long absence with her debut solo single ‘Last Words’. A mesmerising hybrid of fuzzy Psychedelic Rock and blissed-out Dreampop propelled by a Motorik Krautrock groove, the single has been gaining a significant amount of airplay on RTE Radio 1’s Late Date, Newstalk FM’s Tom Dunne Show, 98FM’s Totally Irish, 2FM’s The Alternative with Dan Hegarty and a host of other stations nationally.

‘Last Words’ comes backed by an 8-minute version of live favourite ‘Days In A Daze’ recorded in an online show for Time Tunnel recently.
Both the A-side and B-side of the single focus on a very unusual subject matter, namely the story of the last day of the life of a murder victim, specifically the German tourist Inga Maria Hauser whose murder in Northern Ireland in 1988 remains unsolved to this day. For the past five years Keeley has been publishing a blog, The Keeley Chronicles, that documents all facets of this unique and harrowing case. She has worked in close quarters with the PSNI, senior politicians and legal representatives in Northern Ireland during this time as part of concerted efforts to advance and resolve this notorious case.

‘Last Words’ has been made available only from Bandcamp. Keeley recently announced her new band’s first headline show at Dublin’s The Wild Duck venue. The concert having sold-out inside just 3 days fell victim to the re-imposed lockdown restrictions. It is hoped the concert can be rescheduled as soon as restrictions are eased.

‘Last Words’ is the first track to emerge from an extensive period of recording undertaken by Keeley with producer Alan Maguire over the last 18 months. The sessions have spawned a concept album set for release in late 2021 with a string of singles and EPs scheduled to precede the album’s release.

The single can be streamed and downloaded here:
https://keeleymusic.bandcamp.com/album/last-words