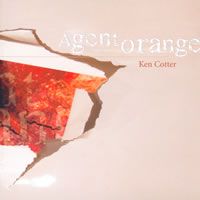 Buoyed by the success of AGENT ORANGE since it’s release, Ken is looking forward to promoting the album in the new-year. Plans for 2006 will commence with a gig in New York City on 18th January.

This showcase gig will take place in the Rockwood Music Hall and marks Ken’s first gig in the US. This exciting venture was prompted by feedback from the United States and Internet sales that are exceeding expectations.

In support of AGENT ORANGE:

‘[With] albums due out from writers of the calibre of Ken Cotter in the Autumn, this could turn out to be Cork’s year on the rock front’ – Jackie Hayden, HotPress, Dublin.