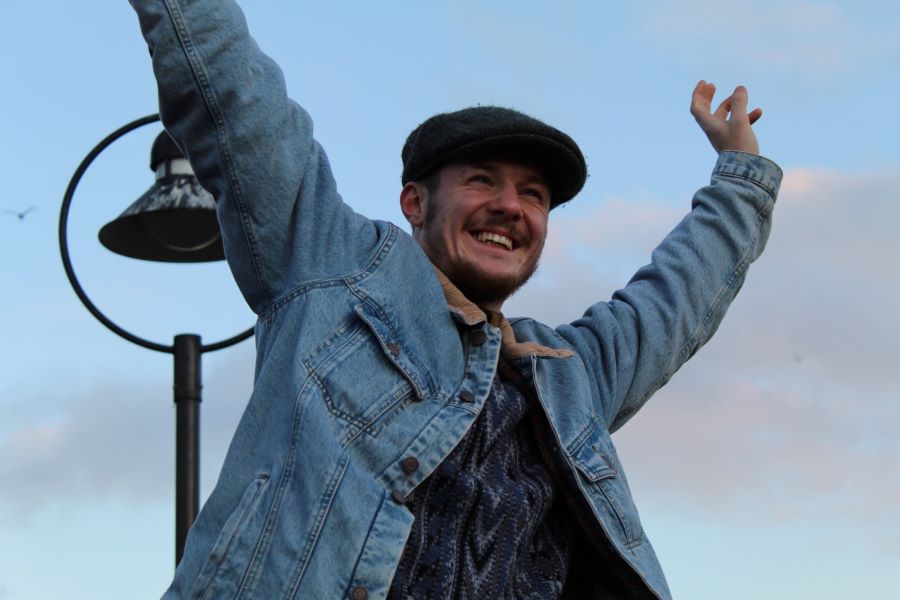 We all know the past few months have been hard on musicians and artists alike, but out of the darkest times the most creativity grows. During this lockdown season, Kenan Flannery kept his brain active and busy by recording a 5 song bedroom demo EP called ‘Bedroom Sessions Lockdown Demo EP’.

The five songs on the EP were written and recorded during this lockdown. He’s already released the tracks week by week on his social media and they went down great with one of the tracks getting over 600 views on Facebook in the first few days. He’s decided to bring the collection together and release it all on Spotify at the end of the month (31st of July) so people can save it to their playlist and listen to it easier.

The story behind the EP was to fill in a need in everyone’s life with music. Kenan was working on a studio recorded EP to be released this summer and had a headline show planned. He also had a big show coming up in the Button Factory and a festival booking in Montana, USA. All of these plans have been postponed but instead of accepting the fact that the music industry has taken a hit, he decided to sit down and write a demo EP to spread some creativity back into the world.

‘Fool For Gold’ is a nod to the influence Passenger had over Kenan’s writing and playing style.

There is somber picking guitar mixed in with a soft and saddened vocals, telling the story of chasing a love that you will never catch. Like a pirate chasing treasure, the protagonist is a ‘Fool for Gold’.

‘Glory Days’ is Kenan’s attempt to pay homage to the late great Honky Tonk country stars of the past. He said that he wrote the song after listening to lots of Kitty Wells and Hank Williams, two country star tycoons. It tells a story of a person fumbling through life searching for the ‘Glory Days’. ‘Glory Days’ has many meanings and fans of the song have said it’s about finding a happy place in yourself, while others believe it’s a nod to an afterlife of sorts.

‘Rolling Stone’ is the only track on the EP that wasn’t recorded fully live, as the slide guitar, bass and harmonica were added after the acoustic guitar and vocals were recorded. Kenan began writing this song about 2 years ago and after writing a part of the verse he wasn’t happy and left it. Two years later he found the crumbled up scrap of paper with the lines

“A gust of wind could move me along, and it won’t be long til I’m long gone” and thought, ‘I can make something out of this.’

The song tells the story of how everyone is a rolling stone once in their life and they are rolling around looking and searching for where they belong. Sometimes you have to leave a lover to find yourself, and the end of the song speaks to the fear of realizing that you made the wrong choice but you must live with it because your old lover has gone and found another.

The song takes a lot of country influence and that can be heard clearly with the slide guitar and the head-bobbing bass line.

‘Our Love’ is one of the first songs written during lockdown and it is about the flame of love that keeps going on and off for two people. “Our love goes on, then it stops. And it comes back again.”

Kenan wrote this song from a personal experience and believes that a lot of people will relate to this story of unloveable love.

The last track is ‘I’ll Love You Anyway’ and it’s a personal favourite of Kenan’s. The recording of this song was requested by a few of Kenan’s supporters because they really liked the message it was telling. It tells a similar story to ‘Fool for Gold’ and ‘Our Love’ but from a different point in time. The song is about seeing the cracks grow in a relationship but holding on for dear life even though both people involved know the end is near. The protagonist asks his lover “If you could go anywhere, with lots of money and no care, Would you still go with me?”

No matter what changes and what life throws at them, together or apart, he still says “I’ll still love you anyway” and hopes that she will feel the same.

Kenan Flannery is a 21 year old award-winning songwriter from inner city Dublin. He began playing guitar from the young age of 5 years old and from the beginning fell in and out of love with music but in 2016 he began to really commit himself to the artform and by years end he was awarded the Songwriter award at the Irish Youth Music Awards in the Aviva Stadium.

He went on to release two successful singles and play in some of the biggest venues across Dublin including Croke Park, Aviva Stadium, Smock Alley Theatre, The Helix Theatre, Workman’s Club and The Sound House, just to name a few.

His musical influences are very folk and country driven, including the likes of Johnny Cash, Passenger, Townes Van Zandt and our very own homegrown David Keenan.

Kenan’s music has been described as poetic and the embodiment of an Old Soul in a young heart.  It’s been said that Kenan’s vocals “hits you with the intensity of a hundred Irish poets and musicians that came before this man.” (Noely- Dublin’s Near FM radio), and  that he has “authenticity and texture in his voice and guitar playing that draws you in.” (Covert Music Club)