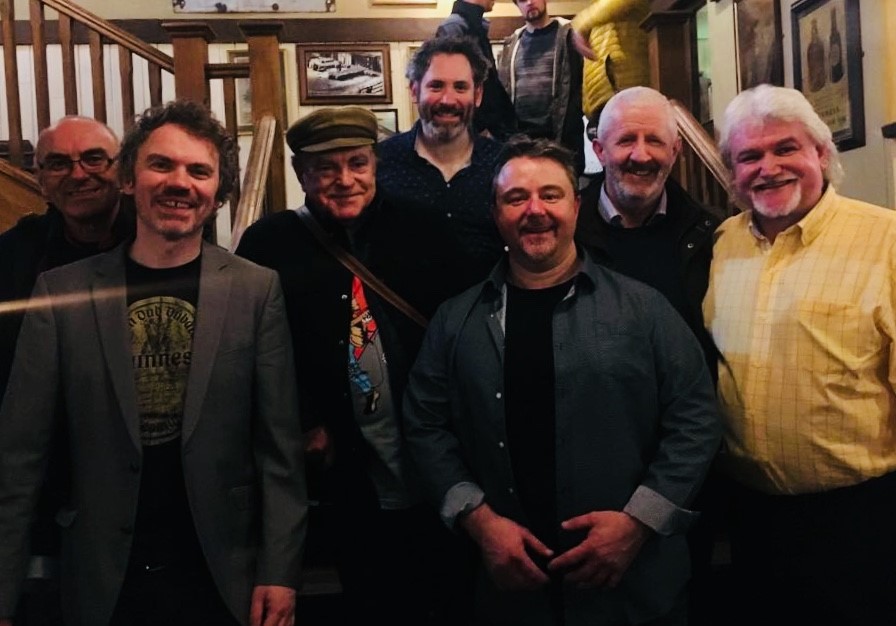 Kern is made up of traditional musicians Brendan McCreanor (uilleann pipes) and Barry Kieran (fiddle) along with singer-songwriter SJ McArdle. The band has released a debut album, ‘False Deceiver’, produced by Trevor Hutchinson (Lúnasa, The Waterboys). It is a mix of songs and tunes from the band’s home County of Louth alongside original material and has already garnered significant national airplay in Ireland (including RTE Lyric FM and Radio 1), including live appearances on Newstalk’s Pat Kenny Show and Raidio na Gaeltachta.

More recently Kern released a single, ‘Till the Docklands Drown’, produced by Donal O’Connor (Ulaid, At First Light). The song was featured in the IFTA-winning Element Pictures movie ‘A Date for Mad Mary’. The band has also toured extensively over the past year.

Kern’s performance, along with the other bands in the showcase, was recorded for broadcast by RTÉ Radio 1 and goes out on Niall Toner’s Roots Freeway at 11pm on Saturday February 3rd.