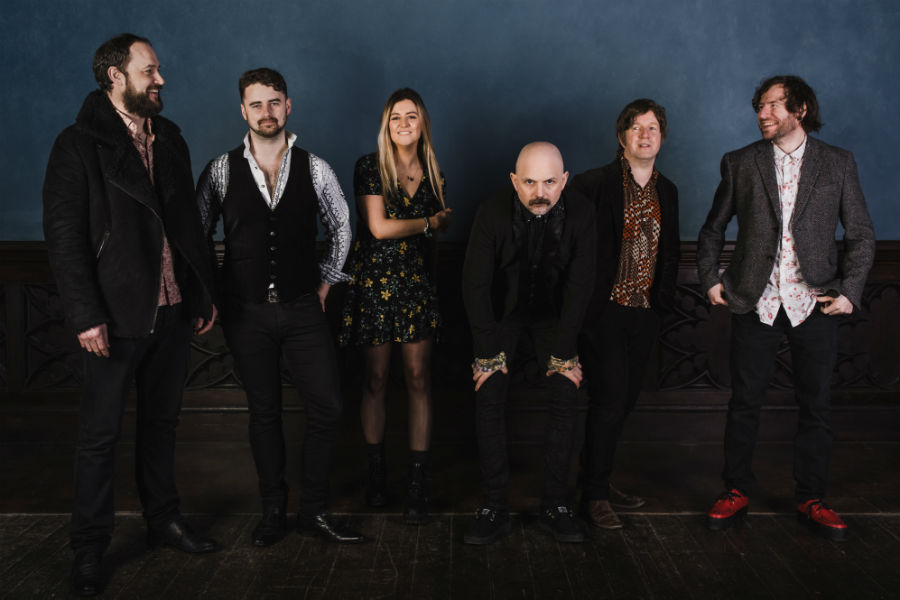 King  Bones  are a  6-piece synth-punk group from Dublin city. With some serious tunes under their belt, like ‘Who’s Got The Drugs’, they return with the anthemic lead track ‘Party Animals’.

Party Animals is taken from their forthcoming release ‘My Best Friend’ EP- which will feature 3 tracks (Right There, John Coltrane, Party Animals – Radio Edit) Produced by Ger McDonnell (U2, Kasabian, Manic  Street Preachers), the EP was recorded in Beechpark, Rathcoole & The Mill, Swords.

‘We’ve worked non-stop, day and night to get the particular sound we want… We reckon we’ve nailed it with this EP ’ explains Keith Hughes, lead singer and band songwriter.

Consistently looking to create new and interesting videos for their tracks, the band worked with John Broe and Dara Munnis for the release of ‘Who’s Got The Drugs’, an ambitious video shot in just one single take and featuring Keith Hughes. For the video to accompany ‘Party Animals’, they turned to director Max Carpio. He created an epic 24 hours in the life of 2 best friends in Barcelona, shot entirely on mobile phones. The result is a heady and heartwarming adventure.

Keith says, “It was a busy summer of gigs last year and the response to these new tracks has been incredible, beyond any expectations we could possibly have had. People still stop us in the street to rave about what our shows at last year’s Electric Picnic meant to them. Our ‘My Best Friend’ EP is for them.”

The band have a slew of festival spots coming up this summer with festival appearances at Forbidden Fruit,Vantastival  &  Castlepalooza already locked in. First, however, the band will hit the stage at Dublin’s  Bello Bar  on Thurs May 31st to launch the EP, the follow-up to last year’s debut King Bones EP.

It’s going to be a belter!