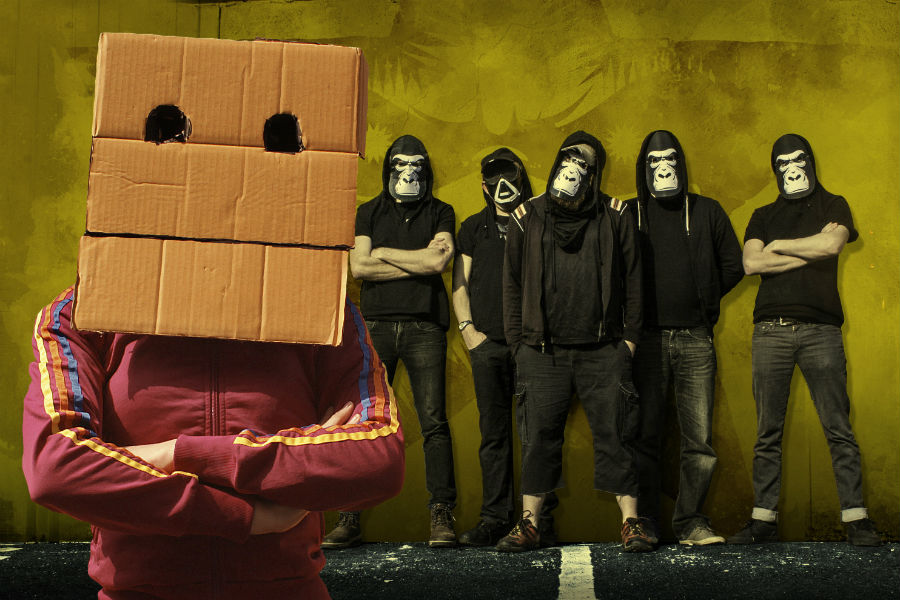 Festival specialists King Kong Company are back with a bang, releasing their latest single ‘My Name is Now’ on July 19th.. This sultry summer thumper burns with a slow electro skank. A slight departure for a band whose late night thumping festival sets have become the stuff of legend, the intensity on this one is turned down a notch, but the groove is cranked up to 11. The track explores our fascination with legacy. A few souls are capable creating great art, others choose to destroy on a grand scale and some scrawl willies on bathroom walls. This track trawls it all, leaving its own mark in the form of a signature King Kong Company video that delves into a twisted world of cyberpunk voyeurism

Last month the band enhanced their already impressive festival credentials by releasing a mini documentary about their epic 12-hour dash from headlining the Midnight Circus stage at Body&Soul to a main stage slot in Silver Hayes at Glastonbury . With more festival gigs in the U.K. and mainland Europe under their belt this summer, the King Kong legend is starting to spread.

When KKC play a festival they invariably get called back for a bigger and better slot. The first-time King Kong Company played Electric Picnic it was on the Body&Soul Stage seven years ago. Last year King Kong Company played the Electric Arena, and even though it was 3PM on a Sunday afternoon, and even though Waterford were playing in the All Ireland Hurling Final, 10,000 wonderful lunatics turned up and tore the roof off the place. The band play a headline slot at Indiependence this year, having worked their way up from playing on a tiny mud splattered trailer in the lashing rain seven years ago.

Not content with dominating festival fields, King Kong Company have brought their sensory assault indoors, selling out venues all over the country. This October they play their biggest headline show to date when they take to the stage in The Olympia Theatre Dublin. Expect another savage summer season from these simian savants, and consider this latest single an entrée.