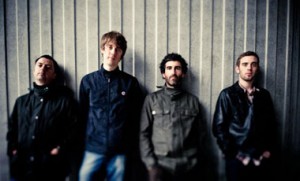 In 2011 Kevin, Alex, John, & Tony of Kodakid began a journey that has seen them play some extensive gigs & festivals in Ireland and the UK, playing to thousands of people along the way, sharing the stage with acts such as Bastille, The Noisettes, & The Riptide Movement. They have documented this journey and have brought it all together as their debut album. The release date is the 30th June and the album will be available on CD, download and a very limited number of individually numbered vinyl pressings. It goes without saying that the band are very excited about this release and cannot wait to share it with their fans.

To celebrate the album, Kodakid will be holding a very special launch night in Whelan’s Music Venue on Wexford Street, Dublin on Saturday, 28th June.

Admission is 10 euro, which includes a copy of the album and support on the night is from a great friend of the band, Paul Hennessy. Also on the bill is the official remix artist of Kodakid, Kantor Tzar Collectif who will be on DJ duties.

So as not to leave the fans based in Waterford out, the band are running a bus which will leave outside Murphy’s on the Quay in Waterford at 6.30pm on Saturday 28th, June. The price for the bus package is 30 euro and this includes return bus fare, admission to the gig, and a signed album. There are a very limited number of bus package tickets so it’s strongly advised you book yours soon.