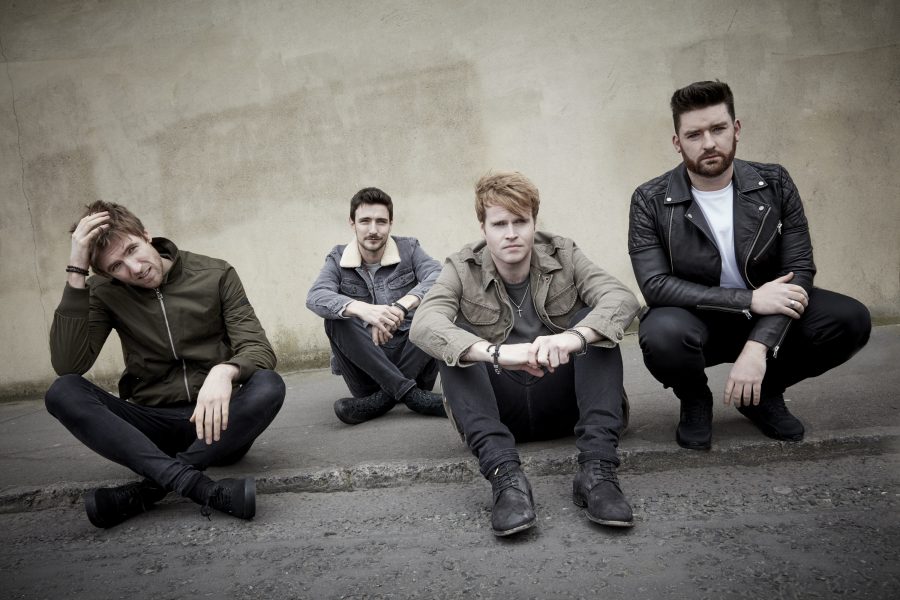 Galway International Arts Festival and Róisín Dubh are delighted to announce that one of Ireland’s biggest international successes of recent years, Kodaline will return to the Festival Big Top for one night only in 2018.

Kodaline played two nights at Galway International Arts Festival in 2015, both of which sold out in record time.

They return to the Festival Big Top in 2018, fresh from thrilling sets at some of the UK’s biggest venues in 2017, including Glastonbury, where they treated fans to their stunning new single ‘Brother’.

The track, which was produced by Steve Harris and Two Inch Punch, with long-time collaborator Johnny McDaid (Snow Patrol) as executive producer, and mixed by Spike Stent, is the first addictive taste from their forthcoming new album.

Last year Kodaline, who are made up of singer Steve Garrigan, guitarist Mark Prendergast, bassist Jason Boland and drummer Vinny May, featured on Kygo’s global smash ‘Raging’. On their forthcoming album, they have for the first time worked with a variety of different writers and producers, including pop guru Wayne Hector, Jonny Coffer (Beyonce, Emeli Sande, Naughty Boy and Two Inch Punch, Rag ‘n’ Bone Man and Sam Smith).

The new album will be the first new music from the band since 2015’s ‘Coming Up For Air’, which went gold in the UK. The band’s debut album, ‘In A Perfect World’ has sold over a million copies worldwide and imprinted itself on the nation’s consciousness, with streaming figures well into the 100s of millions. On Vevo, the band’s videos have had over 200 million views, and they have sold over a million singles.

Kodaline’s multi-platinum selling debut album ‘In A Perfect World’ enjoyed massive success in 2012, going into the Top 3 in Britain, spending nine weeks at No. 1 in Ireland and bringing  them to the attention of Europe and the US.

Their song ‘All I Want’ has appeared on a number of successful TV and film soundtracks, including Grey’s Anatomy and box-office smash The Fault In Our Stars.

Kodaline will play the Festival Big Top as part of Galway International Arts Festival 2018 on Thursday 19 July. Tickets for Kodaline go on sale on Friday 2 February, priced at €47.50, from www.giaf.ie and roisindubh.net.

Galway International Arts Festival would like to acknowledge the support of its principal funding agencies the Arts Council and Fáilte Ireland, its Festival Partner Ulster Bank and Education Partner NUI Galway.