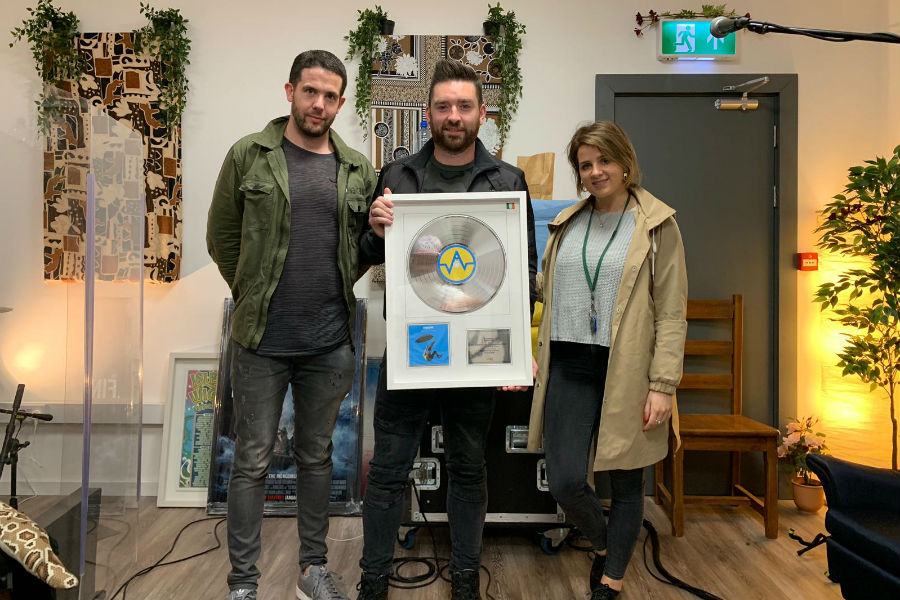 Ahead of their performance in St Anne’s Park, Dublin this June Bank Holiday weekend, IMRO took the opportunity to present Kodaline member Vinny May Jnr with an IMRO Award on behalf of the band in recognition of their album ‘Politics Of Living’.

This was the first collection of new music since 2015’s ‘Coming Up For Air’, which went Gold in the UK. The band’s debut album, ‘In A Perfect World’ has sold over a million copies worldwide and imprinted itself on the nation’s consciousness with streaming figures well into the 100s of millions, with ‘High Hopes’ on 100 million Spotify streams alone. On Vevo the band’s videos have had over 200 million views, and they have sold over a million singles.