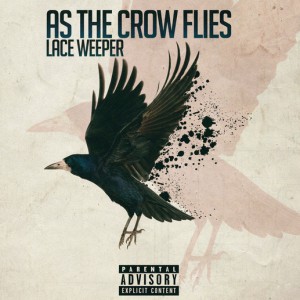 Lace Weeper are a rock band from Wicklow, Ireland. They counter driving hard rock rhythms with mellow acoustics, and a keen sense of
melody. The idea for the project was started by guitarist Matt Hayward and vocalist Sebastian Florek. Bassist Os Andres and drummer Kevin Liffey were later added to the lineup, two like-minded musicians who added the final necessary dynamics.

The band’s previous EP releases, Self-Titled, One Man Jury and Tusk, helped them to establish a strong international following. They have spent the last few years touring throughout Ireland while building a strong fanbase in the US.

“As The Crow Flies” will be launched in Whelans, Dublin this Friday.