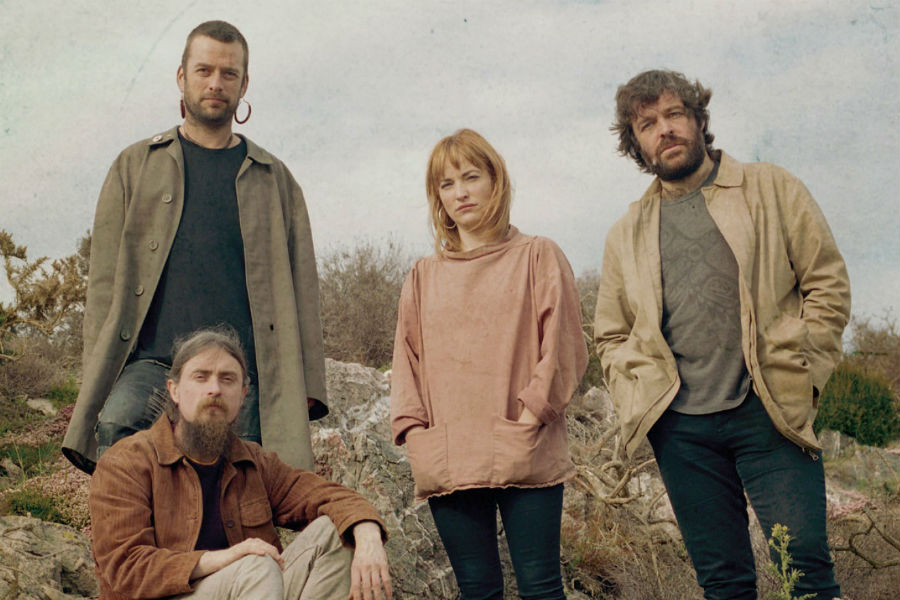 Following the news of their sold out this October 25th, Lankum are delighted to announce their return to Vicar Street on 4th January 2020. Proudly brought to you by Aiken Promotions. Tickets €30.00 inclusive of booking fee, on sale now.

Rough Trade Records are excited to announce that Dublin four-piece Lankum will release their new album ‘The Livelong Day’, on October 25th. Check out the video for opening track ‘The Wild Rover’ now.  A very different interpretation to that which is well known, “this particular version of ‘The Wild Rover’ was first heard from the singing of Dónal Maguire, who in turn got it from fellow Drogheda man Pat Usher, and the recording was subsequently released on an album entitled ‘The Usher Family’ in 1974. There are countless renditions of this tune, it is a song very much rooted within the dirt and peat of Ireland, but the revelation of a little known final verse takes it from a jovial pub tale to one of sadness and destitution. The actual crux of the song becomes desperate, a matter of life or death.”

Director Ellius Grace explains the thinking behind the video; “I wanted to visualise the mythical Irish landscape in the video, to respond to the feeling of ancient Ireland that the track conveys so strongly. The video is an ominous journey through a landscape that is coming alive, a dark trip into the mythical unknown. Void of people and living things, the flora begins to take over, morphing and stretching our view as we travel. I took inspiration from folk horror. Rocks and textures stretch and flex at first imperceptibly, and then get out of control and take over. For colour grading, I looked to classic depictions and paintings of the Irish landscape. I wanted to channel these very deliberate visions of the countryside as a place of both beauty and darkly storied unknown, steeped in our nation’s folklore.”

Made up of brothers Ian and Daragh Lynch, Cormac MacDiarmada and Radie Peat, Lankum have gained worldwide acclaim for their first two albums and captivating, often euphoric live performances. ‘The Livelong Day’, recorded and produced by John ‘Spud’ Murphy in the Meadow and Guerrilla Sounds studio, through March and May of 2019 successfully blends alternative folk and psychedelia. Lankum are about to fully cement their reputation as one of the most unique and talked about groups to emerge from Ireland in decades.

Lankum honour the sacredness of traditional Irish tunes, but allow them to metamorphose, to grow and breathe like the heavy, ancient breath of the Uilleann pipes which seethe beneath the tracks of their third studio album (and second with Rough Trade) ‘The Livelong Day’. “Drone is a big part of traditional music because the Uilleann pipes are indigenous to Ireland, so we’re ramping up that history and taking it as far as we can.”

This is the idea found at the core of the universe created in ‘The Livelong Day’; expanding and emboldening, that which is already playing out in history. Alongside the traditional songs on the record, there are two originals, the haunting ‘Young People’ and the tragic beauty of ‘Hunting The Wren’. The latter was composed by Ian as part of a writing challenge with Lisa O’Neill, in which Ian gave Lisa the subject of Violet Gibson, an Irish woman who went over to Rome and skim-shot Mussolini on the nose (it features on her album ‘Heard A Long Gone Song’), while Lisa gave Ian the song subject of the Wrens of Curragh. Mirroring these marginalized women, who were described as ‘free-thinkers, prostitutes, alcoholics, vagrants, ex-convicts and harvest workers’ and created their ‘nests’ out of furze in the rough plains of Curragh, County Kildare, is the wren – a bird hunted and tyrannized in Irish folklore.

It is effortless to connect with the songs of ‘The Livelong Day’ because it is an album devoid of ego. Despite the intensive historical and musical research that goes into selecting, writing and arranging these songs, the rare knowledge that they may have or their intricate musical skill, these songs are never indulged or overfilled. There is an understanding that If you can play one note, just one note and let it drag its feet with the weight of feeling, it can make a song even more affecting in its sparseness. “In this album compared to last, we wanted more percussive elements, more rhythm, more movement but at the same time we were more confident just going into the studio and seeing what happens, and leaving space open for experimentation.” While there isn’t a theme or concept as such, there is a tone that runs through it: “it’s a combination of being desperately depressing and hopeful at the same time.”

“We don’t want to be fossilising or archiving these songs we want to be pushing and accelerating them further, and the multi-sensational quality that these songs have create a visual atmosphere that you can step into and actually find it very difficult to bring yourself out of.” ‘The Livelong Day’ exists as both a narrative and a soundscape, and the way in which these songs live and ring true in our ‘modern’ lives makes total sense. This indefinable quality is what makes Lankum truly anarchic. Humanity always has, and always will, feel. What could be more relevant than pain, joy, suffering, liberation? All foundations for the human condition can be found within these songs.