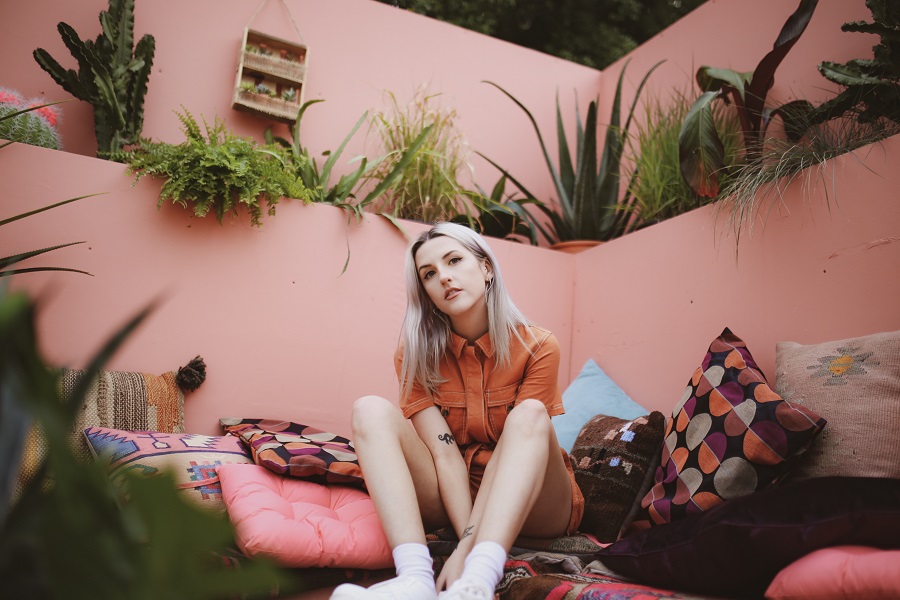 Irish electro-pop sensation LAOISE shares the playful new music video for her track ‘Seriously? ’, taken off her most recent EP ‘Mad ’. The track is co-written and co-produced by LAOISE, Seán Behan and Richey McCourt.

The video is a colourful look inside the mind of LAOISE. Speaking of the track, she says: “Seriously? is about that feeling when you really, really like someone and you don’t know how tell them but you keep dropping hints and they don’t pick up on them and you’re like ‘seriously?’

It actually made me think about the first time I liked a girl, and she just thought we were just really close friends! When I was writing it, it was the middle of the winter and the weather was horrible, but I kept imagining the feeling of summer and what that would sound like in a song. To me, it feels like driving down a highway with the top down, mixed with the taste of fruit punch and the smell of sun cream. It’s the feeling you have when you’re not worrying about anything other someone liking you back, which I think is something we’ve all felt, especially when we’re younger and carefree.”

Originally from Galway in Ireland, 22-year old LAOISE (pronounced Lee-sha) writes dreamy, ambitious and frank pop songs about relationships and heartbreak, often with more introspective lyrics, juxtaposed with upbeat electro and synth production. Having performed a string of gigs and festivals over the summer – most recently Primavera and Longitude Festival – ‘Seriously?’ has a mischievous and charismatic energy that ripples through a crowd and is a real fan favourite during her live shows.

A world away from the usual Irish folk-acoustic and rock exports, LAOISE is Ireland’s newfound answer to pop. She records, produces and releases her music completely independently and totally commands her own brand of bold, glittering, gutsy electro-pop – paving the way for Irish-born pop music.

Taking her cues from the silky production of acts like Tove Styrke, Troye Sivan and MO and incorporating elements of synth, indie and alternative – LAOISE’s music is deeply inspired by household names like Kate Bush, as well as the different musical personas of Taylor Swift.