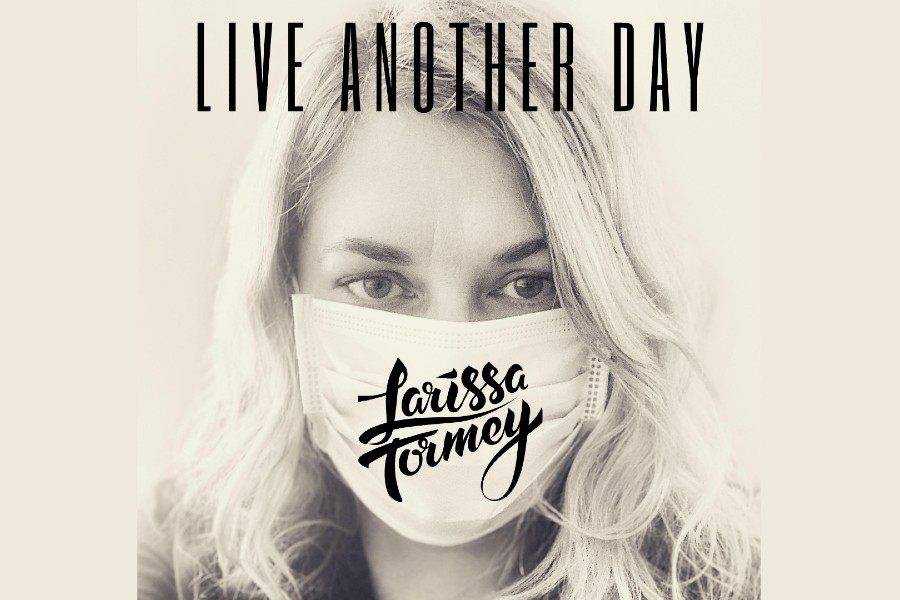 Singer/songwriter Larissa Tormey is getting personal on her new project, with a lead single penned in response to life amid the Coronavirus outbreak. The song, ‘Live Another Day’ (together with a special lyric video), will be released on all digital platforms on Friday, May 1st. And as Larissa explained, it was written in the wake of some recent health scares in her personal life in the lead up to the Coronavirus impacting the entire world…

“As a songwriter, the ability to put feelings and emotions into words has always helped me, as it does so many other songwriters, too. When there are things you can’t control, or questions or problems you don’t have answers or solutions to, you can always put these things into a song. And at least this becomes a way constructively dealing with the situation. It’s often described as being like a kind of release-valve. And my new single ‘Live Another Day’ is another example of songwriting coming to my emotional rescue.”

Larissa continued, “I went through a two or three month period where a lot of things were happening which were bringing life and death into focus for me. Which was not something I wanted or had expected! [laughs]. But all of a sudden it seemed like I was confronting the possibility of potentially very painful losses in so many ways. I’m a huge cat person, and we have a beautiful fourteen year old cat at home, Marcell. But he became very, very sick back before Christmas and we were terribly worried that we were going to lose him. And as anyone who has had a pet for that length of time knows, they become part of the family. So that was a very anxious time. But thank God we were recommended a certain home remedy to try, and Marcell is still with us today!”

No sooner was Marcell out of the woods, however, before illness struck again, again laying low a close family member…

“Marcell was just the start of it all. Not long after that, someone else very close to me became ill all of a sudden, and for a while we didn’t know what was going to happen there either. They ended up needing a very serious procedure on their heart, so that meant hospital. Thank God they’re alright now too, and have made a great recovery. But at the time, it was a cause of great concern. And very emotional, because you don’t want to think about the worst that might happen, but at the same time, it’s almost impossible to keep all of those thoughts out of your mind.”

But it was what happened next that really made Larissa wonder if God himself was trying to test her strength and resolve. The Kilbeggan based entertainer found herself next in the firing line following a routine check-up with her doctor just as the country was about to go into Coronavirius shut-down.

“Yes, it started to feel a bit like God was saying O.K. Larissa, if you can cope with that, I’ll give you something else to try now! [laughs]. I suppose with everything else that had happened, and because the news about the Coronvirus was just beginning to get serious, I started to feel concerned about my own health. So I made an appointment for a regular check-up with my doctor, and we discovered a little something that I need to keep an eye on myself. Tests have been done, but we haven’t been able to get any results yet because the focus of the health system is understandably on dealing with the crisis at hand. Everything will probably turn out grand, so fingers crossed. But it was really the fact that so many things like that seemed to come one after another, that’s what got me thinking, and what eventually lead to me writing ‘Live Another Day’.'”

“Now if I didn’t have music and songwriting”, remarked Larissa, “I hate to think how I would have coped with being in this position. But being able to put my heart into ‘Live Another Day’ has been a life-saver all of its own for me. In fact, I had so much to pour out, that I wrote this song in just about five minutes. The words, the melody, everything, they all came together and that quickly. Sometimes when you write a song, even when it’s coming from a very personal experience, you know that you can write it in a way that others can relate to as well. And because of the deeply saddening events occurring daily all around the world right now, I think a lot of people are reflecting on their lives and how they will begin or get back to living their lives once all of this is over.”

“Right now”, the singer observed, “what we all want and wish for, before fame or wealth or anything else, is just to live another day. How simple life has become.”

‘Live Another Day’, the brand new single from Larissa Tormey, and the lead single from what will be her sixth studio album, will be available on all digital platforms from Friday, May 1st. You can stay up to date on all the news about this and more by checking out www.larissatormey.com