Lark In The Park 2010 Returns In Style 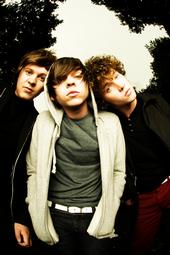 Northern Irelands fastest growing outdoor music festival, 'LARK IN THE PARK' are proud to announce details of its return in 2010 to Moria's Demesne Park on the weekend of April 30th & May 01st  2010, with two spectacular days of live music, entertainment and a fun day out for all the family.  April 30th, will see one of Irelands best, THE SAW DOCTORS headline the evening and May 01st is headlined by the unstoppable Northern Ireland supremos GENERAL FIASCO plus guests.

A funny thing happened to The Saw Doctors in October 2008.  After a gap of 17 years, the West of Ireland
rockers topped the Irish Music Singles Chart with their punked up version of the Sugababes song "About You Now", beating off international artists such as Pink and Kings of Leon.

Back in the early ninties, The Saw Doctors were Number One in Ireland with Hay Wrap, N17 and I Useta Lover which still holds the record for the biggest selling Irish single.  The bands first album, If This Is Rock & Roll, I Want My Old Job Back" was Number One in Ireland for most of 1991.

After posting a second Number One album (All The Way From Tuam), The Saw Doctors set about touring the UK and in February 1996, the band's third album “Same Oul' Town” went to Number Six in the UK Top Twenty,  yielding two Top Twenty UK singles, World of Good, and To Win Just Once.  The Saw Doctors appeared on BBC's Top of the Pops in January and July 1996 to promote the two singles.

Over the years, The Saw Doctors have built up a reputation as a great live band.  They have toured in Australia, Canada, USA, Sweden, Germany, Holland, Norway and the UK.  Paul Sexton of The Times in London observed that “if they could bottle the sort of bonhomie that can make an entire concert hall feel better, The Saw Doctors would have the medicine show to end them all”.

GENERAL FIASCO, The Northern Irish trio spent 2009 on the road playing both headline shows, support tours with the likes of The Enemy and The Answer, performing at the CMJ in New York, festivals such as Download and Glastonbury and generally anywhere with a stage they could plug into! They also signed to Infectious Music and released their first single ‘We Are The Foolish’ for them which was played on Radio 1, XFM, MTV 2 and NME TV. They played their biggest show at home in Ireland on Halloween when they headlined the 1300 capacity Ulster Hall in Belfast.  With the bands debut Album 'Buildings' due for release on March 22nd and the bands latest Single 'Ever So Shy'  on the Radio One Playlist, this year promises to be something special for the three piece.

The Varonis
The Dead Presidents
Doghouse
Microlip
Raised on Rock

Tickets for Saturday May 01st are priced at £20  at  Ticketmaster.