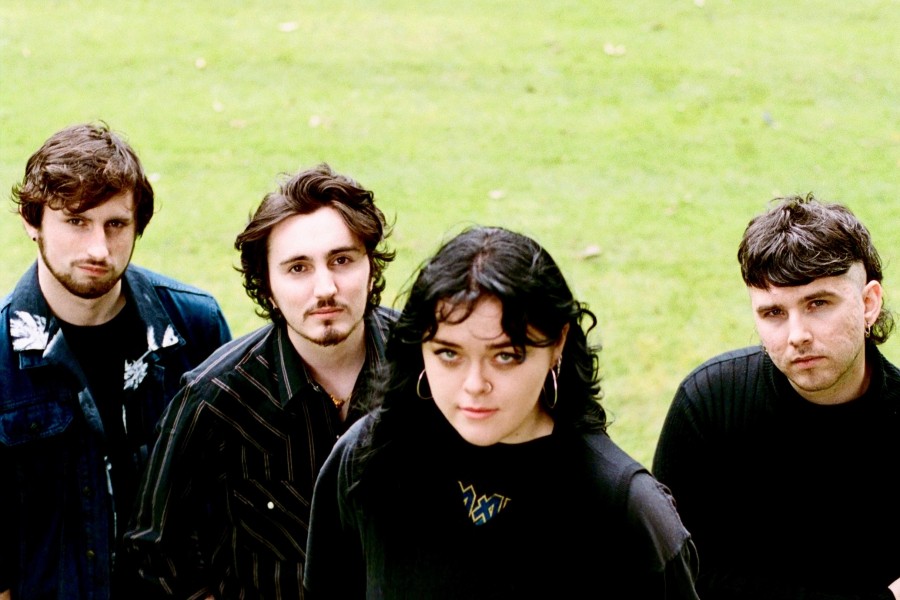 Magazines have built a reputation as the new indie darlings of the Irish music scene. The band dropped some debut releases last year and quickly garnered attention on the Dublin live music scene (before… well, you know). The group now return with new single ‘Happy Alone’, a fan favourite that is already being heralded as their best work to date.

‘Happy Alone’ is an indie gem for fans of Wolf Alice and Pillow Queens. The track is perfectly balanced in the space between tender and tough, with singer Cath Leahy’s ethereal vocals backed by a wall of guitar fuzz and snare clicks. The story of a troubled relationship is told with bitingly honest lyrics; full of longing and always pulling at the listener’s heartstrings.

The lo-fi qualities of the music cleverly accompany a real emotional depth. Magazines have a penchant for dark, smart lo-fi tunes and ‘Happy Alone’ is no exception – the result is a strong, defiant declaration of independence and self-belief. This is a band at their very best and ready to take centre stage. Magazines release ‘Happy Alone’ on 18 September 2020.