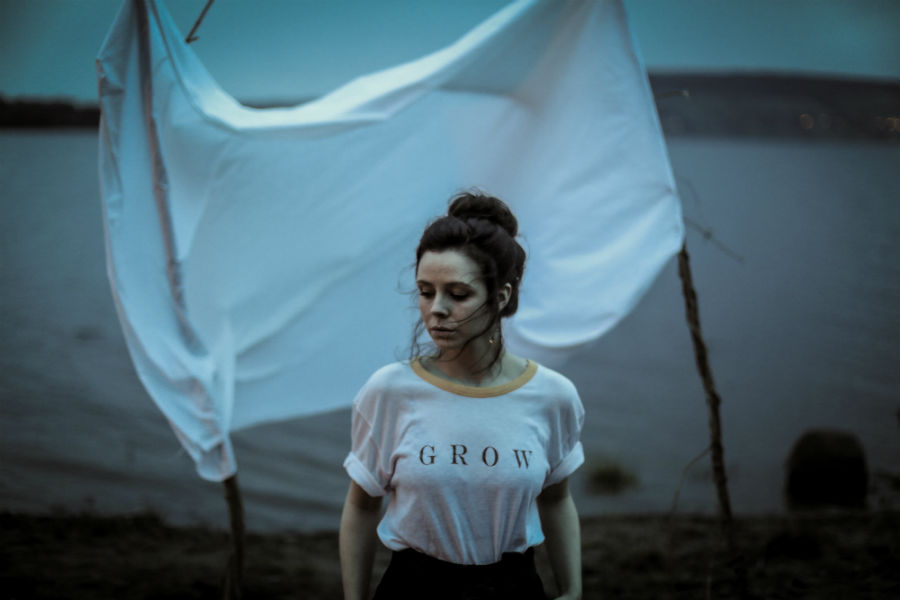 Laura Elizabeth Hughes has unveiled the official video for her new single, ‘Straight For Tomorrow’. Directed by up & coming filmmaker Peadar Gill, the video features home movies from the singers childhood throughout the beautifully shot performance. Taken from her ‘Ceremony’ E.P., capturing a journey from darkness to light, the record showcased the distinctive vocal and writing talent of an artist fast establishing herself as a rising talent among a fresh new group of emerging Irish songwriters.

“Straight For Tomorrow” takes the songwriter back to her roots following the success of her last single ‘In My Defence’ earlier this summer which featured Laura Elizabeth Hughes as the cover artist for Spotify’s coveted ‘A Breath of Fresh Éire’ playlist for a number of weeks. This was followed by a collaboration with Cork producer 1,000 Beasts for ‘Because of April’.

Laura Elizabeth Hughes unique voice has seen her build a substantial fan base from around the world with her YouTube channel amassing an astonishing 2.5 million views, catching the ear of Grammy nominated R&B star, Joss Stone. The singer was such a fan of Laura’s single ‘The Dark’ (also from the “Ceremony” E.P.) that she posted the video to her own 1.3 million fans on Facebook.

On the live front, 2019 has been a big year following a sold-out hometown show in the Vintage Rooms of the Workman’s Club and first headline shows across the Atlantic in New York City and as part of a special intimate show for Sofar Sounds in London.

This October, Laura has been selected as a showcase artist for Ireland Music Week and will follow it up with a headline show at The Workman’s Club as part of the We Are… series. Tickets for the Workman’s show are on sale now here.