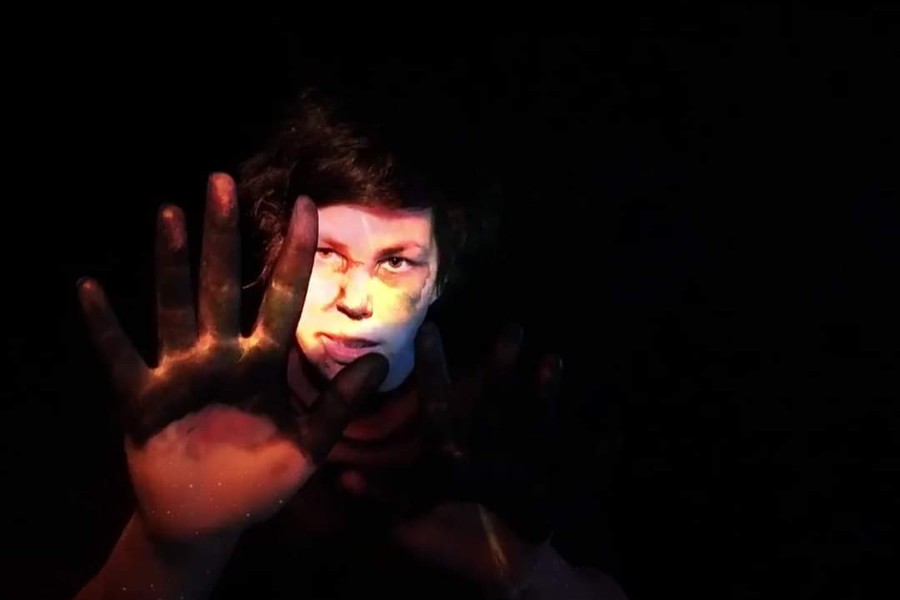 Laura Mulcahy has been as busy as a buzzy bee, dreaming up and realising new artistic creations all through the Winter months. This time, she has managed to ‘make’ the title track to a film soundtrack!

‘The Ballad Of Lucy Sands,’ written and directed by Steve Baldwin deals with the murder of teenager Lucy Sands in 1881.

Lucy Sands’ (from Northern Ireland) parents died in the late 1800s, leaving their daughter (11) and son (8) orphaned. They were adopted by an aunt and grandmother in Workington in Cumbria.

By 16 Lucy (Lucinda) Sands had been working for at least three years in various jobs but due to prolonged illness, had returned back to her grandmother’s house from being in service. One night, a few months after moving back with Grandma, 1st December 1881, Lucy went out with three girl friends. She was never seen again…

…Until three months later when the local road mender was breaking stones to fill potholes and he came across her body hidden in a pile of rocks. Three full months later – 1st March 1882.

The man who did it was freed from the courts. He got away with murder….

Lucy lies in a cemetery; no headstone, nothing to remember her by, other than an old court case and papers held in the national archives….

From the motion picture, ‘The Ballad Of Lucy Sands’ Laura Mulcahy presents the eponymous title track to it’s soundtrack.

‘The Ballad Of Lucy Sands’ will be released on Laura Mulcahy’s YouTube channel on February 14th 2021.