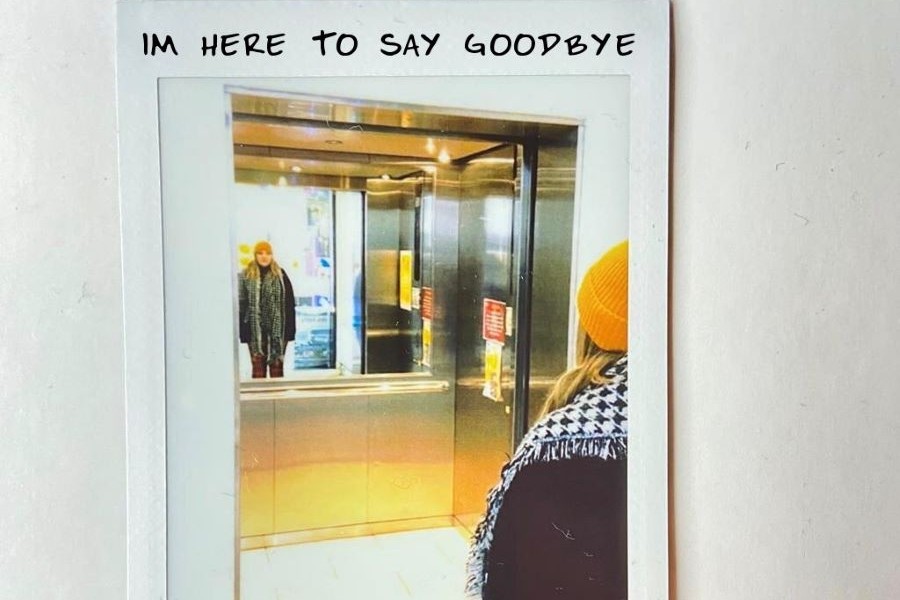 Lauryn Gaffney is an award winning musical theatre composer from Dublin, Ireland who has filled the void for theatre fans missing new work. With the absence of live shows and festivals worldwide Lauryn is revolutionising the way we consume new musicals by creating an audio only mini musical.

‘I’m Here To Say Goodbye’ tells the tale of two strangers trapped in an elevator (or as they say in Ireland a lift!). Both ladies are on the way to important appointments, but instead they each have no choice but to hear something of the other’s story.

This mini musical will make you laugh and cry and will bring a little bit of Broadway to your home while we eagerly await the return of live theatre. It’s been described as “an extraordinary piece that brings listeners on an emotional rollercoaster in 15 minutes.”  Sit back, relax and enjoy two complicated characters singing their way through a moment of isolation.

Lauryn Gaffney is the creator and composer of international award winning musical ‘Big Shot’.  Big Shot had its Off- Broadway Debut last year and is a 5 time Irish Broadway World Award Winning Musical (including being voted ‘Best Musical’). Described as “A theatrical storm worthy of a Tony Gong” (Irish Mirror). ‘Big Shot’ has also had successful runs in San Diego, London, Dublin, NYC and Mexico. ‘Big Shot’ represented Ireland in the San Diego International Fringe Festival. Described as an “absolute success” by the festival organisers, ‘Big Shot’ the musical was awarded the admired ‘Spirit of Fringe’ Award.

Alongside her passion for composing new musical theatre Lauryn has a publishing deal and is working on various works for international pop artists.

Although only 17 and has been studying full time in Musical Theatre at Phoenix Performing Arts College for the past three years. She has played roles for the screen such as Ivy in the series “Heirs of the Night ” and Madison in the upcoming “Jurassic World: Dominion” movie. In addition to her professional experience she performed as a backup dancer in Dublin’s 3Arena of Jack Whitehall’s 2019 tour. Aisling is so excited to be a part of this project, especially to be doing it alongside Lauryn Gaffney.

A special thanks to the Arts Council Of Ireland for making this possible.