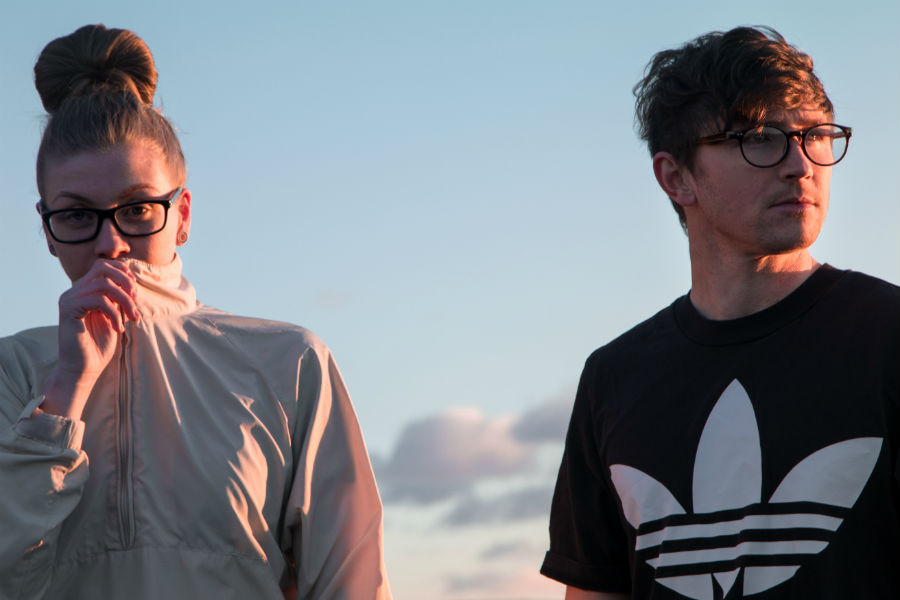 Le Boom  are one of Ireland’s new music success stories having garnered 600k + streams for their two singles thus far. Christy Leech and Aimie Mallon have quickly become one of the most sought-after new acts in Irish music.

Their electronic house-pop is a rush, it starts dance parties. Between Leech’s falsetto and Mallon’s manic percussive energy, there’s an infectious buzz in their music.

Since the band formed in Summer of 2016, the duo have brought their electro-indie-house-pop show to cities such as New York, Reykjavik, Cork, Belfast, Galway, their hometown of Dublin and festivals like Latitude, Body&Soul, Electric Picnic Truck Festival, Castlepalooza and Independence.

Le Boom’s debut single release, ‘What We Do’, received airplay on both US and Irish radio. It featured in the Summer 2017 ad campaign for Vodafone and has over 325k plays on Spotify.

Their long-awaited second single ‘Don’t Need It Now’ was released in November and has garnered Spotify New Music Friday and Hot New Bands features and over 200k streams.

They were recently picked by IMRO for a London showcase in the PRS office and their tracks have featured on a Failte Ireland tourist board ad representing Dublin and a recent Vodafone summer festival ad campaign.

The band’s third single ‘Coma’ is released on April 6th ahead of appearances at The Great Escape and Primavera this summer and a sold out 650-cap Button Factory gig in Dublin city.