Screen Training Ireland, IMRO and Pulse College MA in Scoring for Film and Visual Media welcome composer and orchestrator Conrad Pope; STAR WARS EPISODES I-III, HARRY POTTER AND THE DEATHLY HALLOWS I AND II, THE TREE OF LIFE, ARGO, LIFE OF PI, MOONRISE KINGDOM, and THE HOBBIT series, to Dublin to deliver an intensive two-day masterclass for film composers. 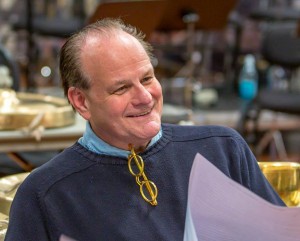 Pope is one of the most exciting original voices in contemporary film scoring today contributing to over a hundred movies. He has worked side by side with Hollywood’s top professionals; Joe Johnston and Walter Murch on Universal’s THE WOLFMAN, Scott Hicks on NO RESERVATIONS and Gary Ross on SEABISCUIT.

Over two days composers working in film, television, animation, games and visual media will have the opportunity to explore with Pope the mechanics of writing music to visual media in today’s landscape of expanding opportunities looking at the challenges of crafting scores for major Hollywood blockbusters to small independent films.

Pope will also explore music in film today sharing his views and experience regarding the process of scoring film; its methods and techniques, its practical concerns, the constantly evolving aesthetics and technical advancements and the new tools and techniques necessary to meet these ever emerging challenges, as well the unchanging, necessary skills –both musical and dramatic- that form the foundation for a successful and sustainable career in commercial film music.