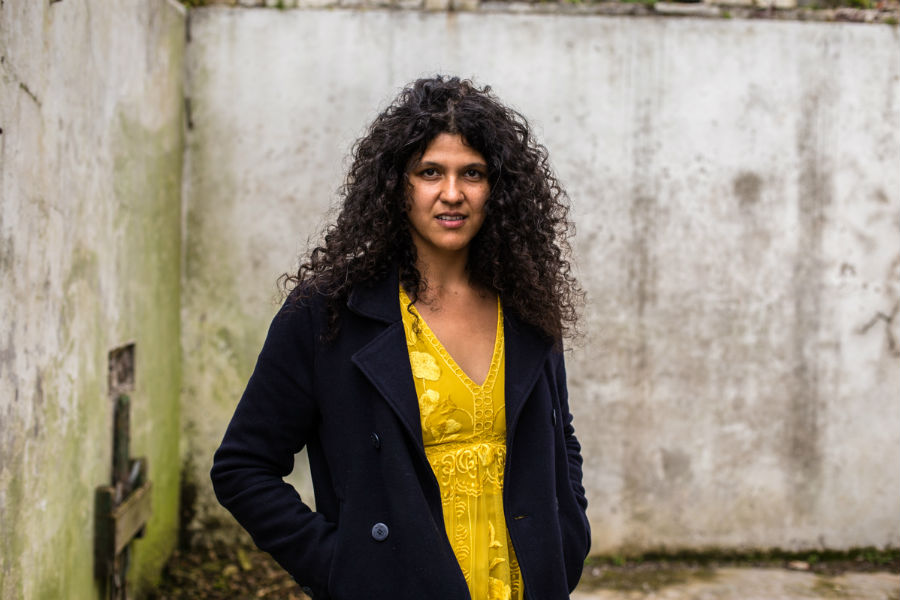 Leah Sohotra is a singer/songwriter and single mother of two living in Blarney Co Cork.

In the wake of the release of her new album ‘Breaded Crickets’ she has been featured on KCLR96FM’s Ceol Anocht with Martin Bridgeman, cry104fm’s ArteFact with Éanna Dowling and in the West Cork People newspaper.

CKUA’s Tom Coxworth in Alberta played her music on his show Folk Routes, and it is also receiving airplay on Roddie Cleere’s Irish Music Show on KCLR96FM and Simply Folk on RTÉ Radio 1 with Ruth Smith.

The video for the single ‘Grendel,’ has already received almost 2K views on Youtube and Vimeo.

The single launch, which took place in the IMRO Music Venue of the Year, Coughlan’s Bar in Cork was a resounding success.

She’s been on the Cork scene musically only since 2017 and in October of 2019 was invited to play musical support for legendary artist Andy Irvine at the Cork Folk Festival.

Following the death of a close childhood friend, Leah spent over ten years in  a very controlling relationship and mourning the loss. The songs are heartfelt reflections on her long silence during that period of mourning and call forth to an audience that wants to share and listen to something that evokes a raw intimacy and artistry with its lyrics and rhymes and is tied into playful melodies.The delicate arrangements are created by multi-instrumentalist Martin Leahy who, through his mastery and experimental tastes with acoustic and electronic sounds, creates a moody aural landscape that crosses many genres from Appalachian Folk to Industrial Punk and Americana/Jazz/ Rock and Blues. Martin features on the album playing well over a dozen different instruments. The album also features guest vocals by the highly acclaimed songwriter Mick Flannery who also co-wrote one of the tracks.