Left Behind: Songs Of The 1916 Widows 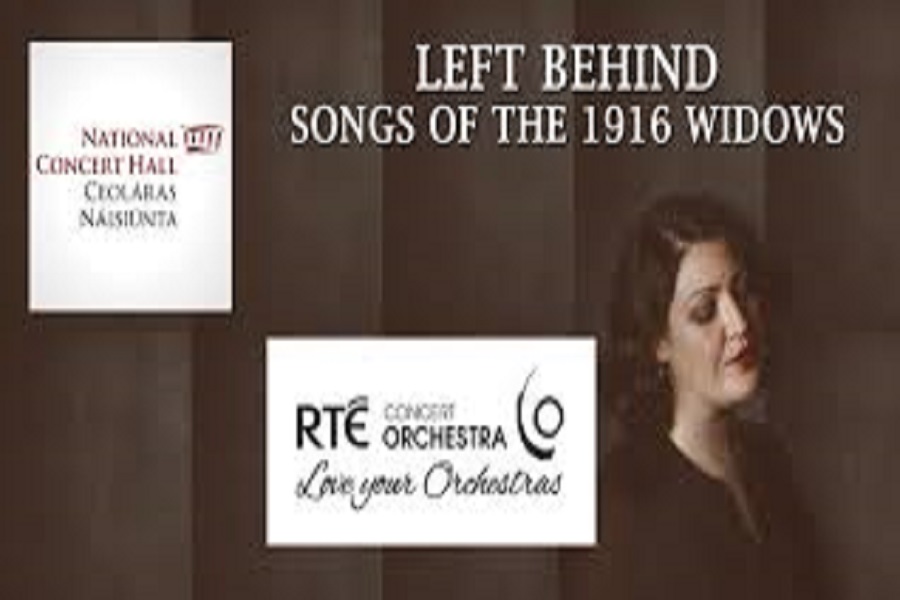 Left Behind is a new collection of songs to mark the centenary of the 1916 Easter Rising in Ireland. Drawing on the experiences of the wives of prominent rebel leaders, O’Connor and O’Rourke have created a unique suite of compositions that offer an emotional, human perspective on a narrative that is too often told in baldly male heroic terms.

“So much of our engagement with history is purely political, and so rarely we allow ourselves to read between the lines to find human realities…” – Simon O’Connor.

Left Behind: Songs of the 1916 Widows by Simon O’Connor and Michelle O’Rourke is now available to pre-order via the Ergodos webshopRecorded in the beautiful acoustic of St. Peter’s Church, Drogheda, the album features O’Rourke and O’Connor on vocals and piano/guitar respectively, as well as Dara Higgins (bass) and John Dermody (percussion) from The Jimmy Cake, and the Robinson Panoramic Quartet, a dynamic Dublin-based string ensemble. These players bring a dramatic energy to the retelling of the stories of wives of prominent rebel leaders in the 1916 Rising, including Maud Gonne, Grace and Muriel Gifford, Agnes Mallin and others.

The album will launch on 26 April – pre-order your copy now!

Book your tickets to the National Concert Hall performance here – Simply enter the code ‘LeftBehind‘ in the NCH booking form to receive 10% off your tickets.

You can also hear Simon O’Connor and historian Sinéad McCoole discussing the songs with Kathy Sheridan on the Irish Times Women’s Podcast here.

Left Behind was recently presented as part of Ireland2016’s state commemorations on International Women’s Day. The performance was attended by President Michael D. Higgins, and Tánaiste Joan Burton. It received a standing ovation, and was described as “magnificent” in The Irish Times. Left Behind was also presented at RTÉ Reflecting the Rising events on Easter Monday.

Check out O’Connor and O’Rourke talking about the project on RTÉ lyric fm here.