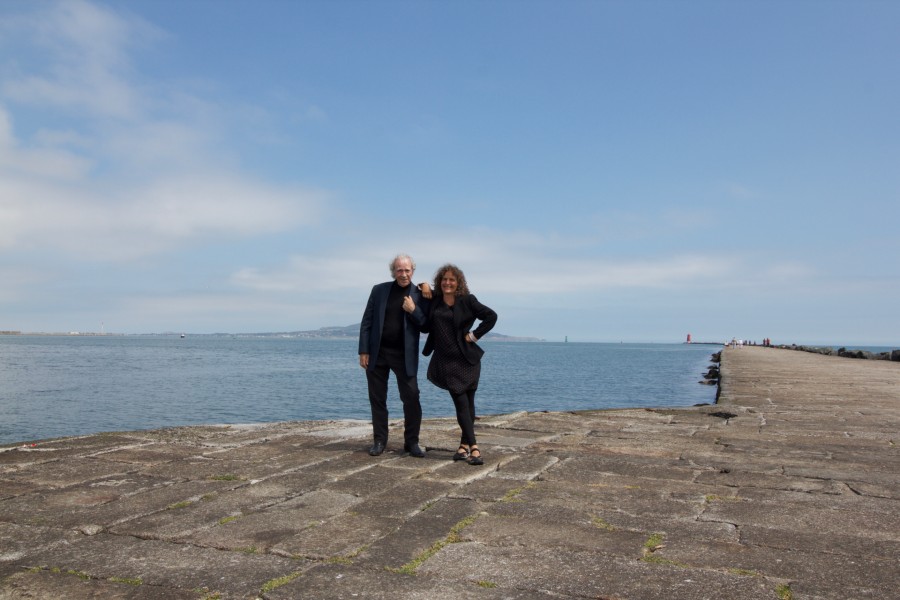 ‘Blue Jewel In The Sky’ is the title track of the forthcoming brand new studio album from Finbar Furey.

One of Ireland’s most versatile and talented artists, Finbar Furey has been bringing his own unique artistry to generations of fans around the world for over fifty years.

His songs celebrate love and life but he doesn’t shy away from the causes close to his heart, homelessness and human rights. In his new single, ‘Blue Jewel In The Sky’, Finbar takes us into new territory with an exciting electric sound, singing about the destruction of the planet, about man’s greed and selfishness. ‘Blue Jewel In The Sky’ seems strangely fitting in these uncertain times of global unrest. The upbeat rock guitar intro defies the narrative of the song which is tempered by the touching harmonies of his daughter Áine, underscoring the sentiment of the song.

‘I wrote ‘Blue Jewel In The Sky’ at the end of the 90’s about the madness of man’s inhumanity to man. When the opportunity arose to make a music video with the documentary filmmaker Dearbhla Glynn, I didn’t have to think twice. She is respected at her craft, working with an open heart, but not shying away from tough subjects. Dearbhla’s footage from Palestine and Eastern Congo help to shine a light on the suffering we know is going on, so we can all think about making changes in our daily lives in order for change to happen’. Finbar Furey

Dearbhla Glynn is an award winning Irish documentary filmmaker, specialising in human rights and conflict, and an admirer of Finbar’s work.

“I have a huge respect for Finbar Furey and his legacy. After listening to his song ‘Blue Jewel In The Sky’ I loved the lyrics, the sentiment behind the song and the idea of creating a music video together; one that would illustrate Finbar’s concern for the environment, and the suffering in the world. It was great to film Finbar and Aine together down by the iconic Poolbeg lighthouse, and to try and capture a glimmer of their relationship and connection. They sing so beautifully together, and obviously have a wonderful friendship as well as being father and daughter.” Dearbhla Glynn