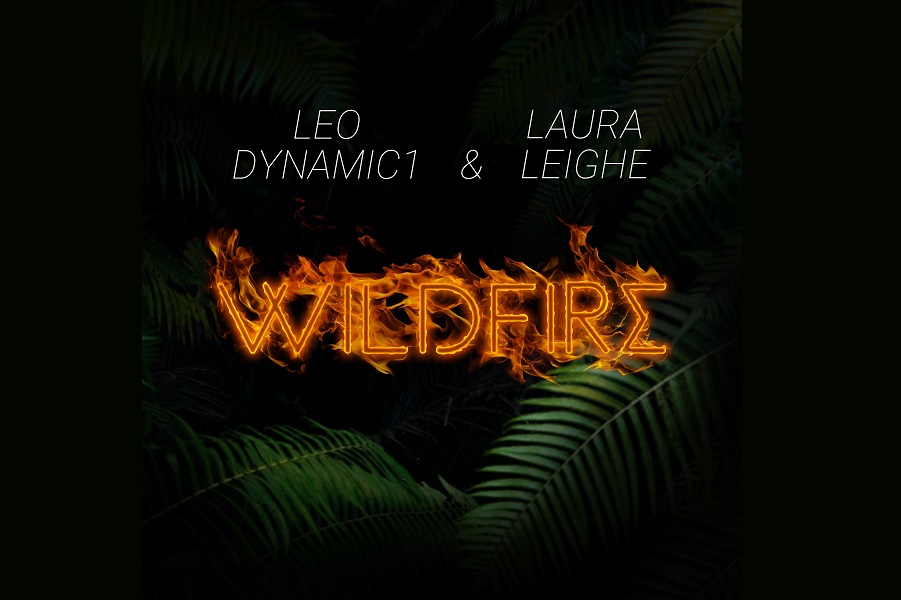 ‘Wildﬁre’ was initially created in Leo Dynamic1’s studio in Ireland in 2017. The project was introduced to Laura Leighe in Los Angeles, who loved the vibe and went on to write lyrics and melody, as well as record the amazing vocal.

‘Wildﬁre’ is Leo and Laura’s ﬁrst collaboration, with very early success as the track was used in the promotional video for the Hawaiian Imua Color Music Festival 2019.

Leo Dynamic1 is an award winning Songwriter and Producer from Dublin, Ireland. He is also known as ‘The Punching Producer’ as he is a 2 time National Boxing Champion, fought in Ireland, UK. & USA and shared the boxing ring with 3 World Champions.

He has been writing and producing on a full-time basis for 3 years, prior to that on a part time basis for circa 7 years. In July 2018 he signed a global distribution & development deal with Kobalt/AWAL Music group. His music has received radio play worldwide and has in excess of 1.5 million streams via Spotify/YouTube/Soundcloud.

On February 14th 2019 he released ‘Let Me Love You’ and went straight to Number 1 on the Dutch Dance Top 40 chart on Spotify. On June 13th 2019 he released ‘Just For You’ and it was added to over 30 Playlists on Spotify while also receiving radio play across major stations in Ireland. His latest release ‘Mango’ on July 25th 2019 was immediately added to over 25 playlists on Spotify and is currently receiving radio play in Ireland.

Recently he appeared live at Pride in Amsterdam at Rembrandt Square and played to a crowd of over 10,000 people. He also writes and produces for other artists and produced 2 Top Ten Hits for DJ Shog with Sony Music Germany. Leo Dynamic1 writes music for TV and has had placements on MTV USA and TV adverts. He can produce in multiple genres from Hip Hop, Pop, Dance, Ballads and EDM. One of his songwriting awards was for a Country song in which he wrote and produced, which makes him quite “Dynamic”!!