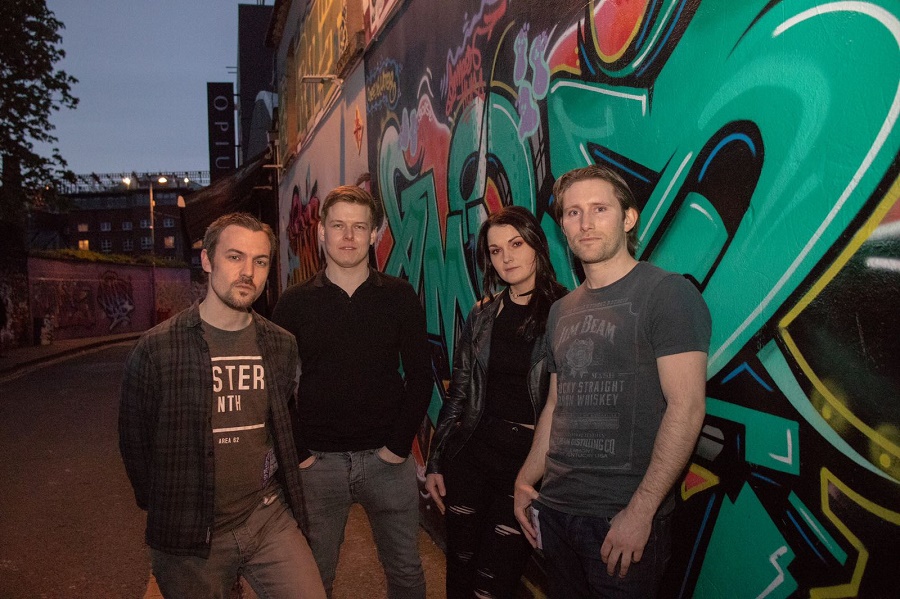 Hot on the heels of their well-received debut single, North Dublin rockers LIERS continue their 90s-influenced post-grunge crusade with their second single ‘Host’ – The single is now available on BandCamp, iTunes, Spotify and CD Baby. The band have also been announced as one of the winners of RTE 2FM’s ‘Play The Picnic’ Competition and will take to the stage at Electric Picnic on the weekend of August 31 to September 2.

“We were delighted with the response and reaction to our first single. It gave us a great chance to get out and chase the gigs and play to buzzed-up crowds”, explains Liz. “It’s an exciting time to be on the Irish scene with our sound and we’re very grateful to the DJs who gave us the spins needed so far and of course to our growing base of fans, many of who voted for us to get to Play the Picnic and we really want to thank everyone for their support. We are very grateful to 2FM for the opportunity to play the Picnic as it’s been one of our biggest goals so far. The proceeds of the voting went to the Jack and Jill Foundation so it’s a very worthy cause to support also. We can’t wait to land in Stradbally. We just want to keep being loud, have fun and show people what we’re here to do.”

Those DJs and fans are among the most discerning and educated of who’s- who in Irish Music. LIERS’ unique edgy style and sound have attracted the likes of 2FM’s Dan Hegarty and former Kerbdog and Wilt frontman Cormac Battle as well as Radio Nova’s musical maestro Gavin Glass.  When listening to or reading the wave of positive vibes brought about by this young, energetic quartet, it’s no coincidence LIERS are gaining the respect and attention of those most influenced and defined by an iconic 90s rock era that is so crucial to their sound. LIERs will take to the Play The Picnic stage over the sold-out Electric Picnic weekend. Host is the second single of an EP due for release later in 2018.