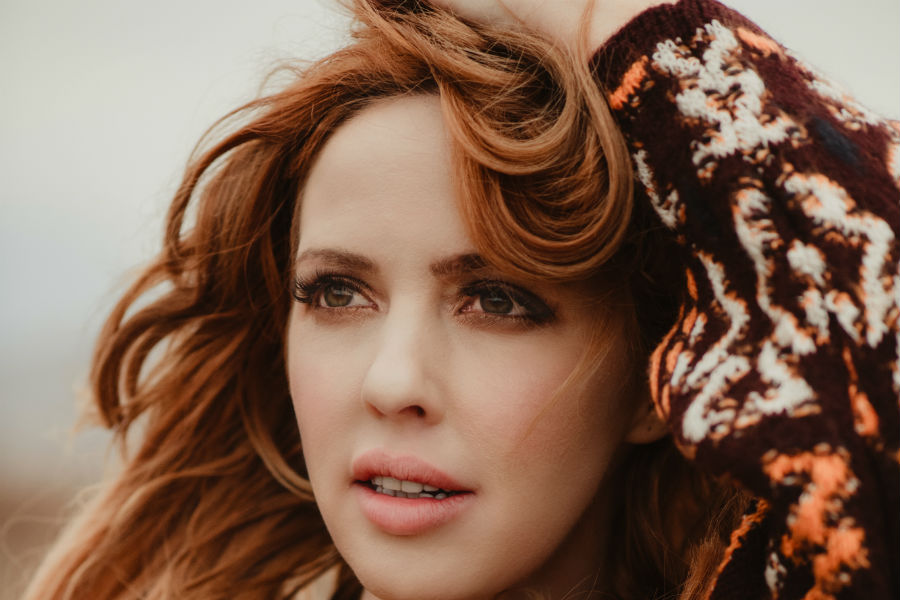 Lisa describes the lyrical content of her new single: “’Tiny Devotions’ are the million little ways we can show our love, and this song is about how we can receive them and activate positivity for ourselves.”

Described by the Irish Times as the finest singer and actor of her generation, Lisa is now poised to attract a global audience with her forthcoming album, ‘Juniper’.

She embarked on her latest album, ‘Juniper’ with Karl Odlum (The Frames) as producer in 2019 and it is her most ambitious project yet. This, her second solo album was written in the west of Ireland and recorded at the remote Attica Studios in County Donegal. Lisa describes the eleven-songs as “a love letter to nature.” Her songwriting, although inspired by the Irish landscape and surroundings is also thoroughly universal, modern and international.

It’s no surprise that Lisa’s new songs conjure moods and visions: She graduated Trinity College Dublin with distinction as an actor, working with Ireland’s National Theatre and starring in many smash hit plays, including most recently “Jimmy’s Hall”. She is a frequent guest on national radio and television in Ireland and has appeared at world renowned venues including Radio City Music Hall in New York City, Nokia Live in Los Angeles, Red Rocks in Colorado, as lead singer with Celtic Woman. As a solo artist, Lisa has performed globally including Celtic Connections Scotland, Glastonbury UK as well as The Irish Arts Centres in London, Paris and New York.

Hot Press called Lisa’s voice “sumptuous”; RTÉ described her as a “national treasure,” and the Irish Times labelled Lisa’s first album ‘Hiding Away’ recorded in Nashville in 2015 as “pure gold.”

Lisa is about to embark upon a series of prestigious dates including a headline show at Tradfest 2020 in the Pepper Cannister Church, Dublin on January 24th. She travels to Glasgow for the world renowned Celtic Connections Festival where she plays with The Lone Bellow in the Royal Concert Hall on January 25th. On January 30th she will be performing an intimate set at the Irish Embassy in London. She will be joining the iconic Horslips live at the Olympia on St. Patrick’s Day.